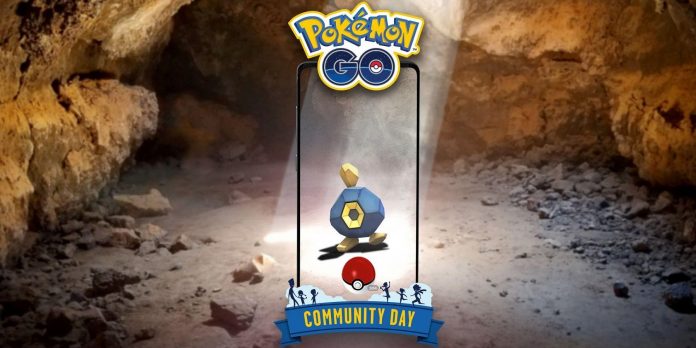 Pokemon GO has revealed details about the “Community Day” update for September 2022, which includes several bonuses for events and raid battles. Pokemon GO became a global phenomenon in 2016, and updates to the mobile AR game continue to attract players with enticing events and rewards every month. As with previous Pokemon GO Community Day events, players must take advantage of the bonuses for a short time.

Roggenrola is a Pokemon that will headline Pokemon GO Community Day in September 2022, appearing more often in the wild. If players are lucky, they may encounter a brilliant version of Roggenrola when the update airs on Sunday, September 18. Roggenrol will appear more often between 14:00 and 17:00 local time on the same day. Players who have captured Roggenrola can use the famous “Meteor Ray” attack. The evolution of the Stone-type Pokemon to its final evolution, the Gigalite, allows players to use a powerful Meteor Beam Charged Attack.

During the Community Day in September 2022, Pokemon GO will have various event bonuses. These event bonuses include a double candy drop, an increased chance of XL candy drop for trainers level 31 and above, and one additional special exchange. From 14:00 to 22:00 local time, transactions also require 50% less stardust. After the initial “Roggenrola Community Day” event ends at 17:00, players can take part in unique four-star raid battles involving Boldor, the evolution of Roggenrola. Roggenrola will start appearing within a radius of 300 meters around gyms where bonus raid fights take place.

The new story “Community Day Special Study: Rock and Roll” will be sold on September 18 at a price of $1. The new story is dedicated to Roggenrol, and tickets for the story of the special study will be available for purchase in the near future. These story tickets can be a gift to friends who have reached the friendship level of “Great Friends” or higher in Pokemon GO. To coincide with this month’s Pokemon GO Community Day theme, all players can earn Rogenrola stickers by spinning PokéStop, opening gifts and buying them in the in-game store.

After Community Day in September 2022, Pokemon GO’s annual Halloween celebrations will soon begin. Pokemon GO is still actively used all over the world, and those who want to take a chance and catch the last batch of Pokemon are waiting for new rewards.