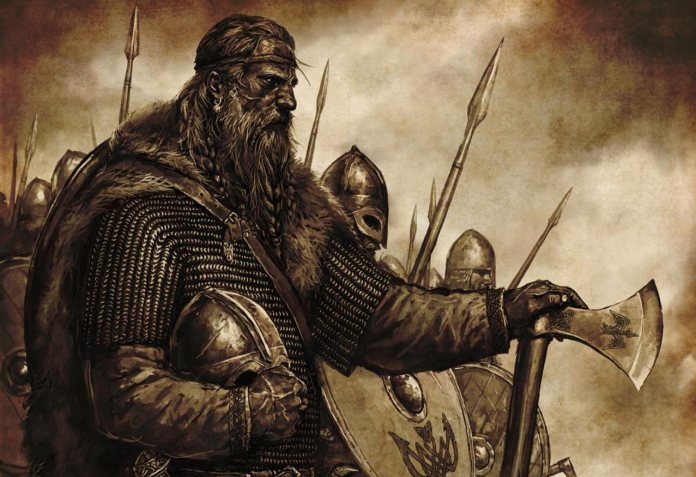 Vikings: Valhalla is a new spinoff of the History Channel series Vikings. The Netflix original is coming globally very soon and this is an up-to-date rundown of all the characters that we know will be on the show’s first season.

Icelandic accounts of his life from the 13th and 14th centuries show that he was a member of an early voyage to North America, although he may not have been the first to spot its coastline. The second of the three sons of Erik the Red, the first colonizer of Greenland.

Not only Viking men, but Viking women as well, were known and feared as fierce warriors. Of all the Viking shield maidens whose stories have been preserved, Freydís Eiríksdóttir is probably the most ferocious.

She is also the daughter of Erik the Red, sister of Leif Erikson, she is known to terrorize thousands of natives in each of his raids. She was also ruthless in her dealings with her own people, earning her a reputation as a traitor.

Harald Hardrada, also known as Haraldr Sigurdsson or Harald III, was King of Norway from 1046 to 1066, and was also known for his part in the Byzantine Varangian Guard and for being a pretender to the English throne during their invasion and attempted takeover. of England against the forces of Harold Godwinson. He leads the Norwegians in Civilization VI.

See Also
Last Kingdom actor who will star in the sequel

Harold Godwinson, often called Harold II, was the last crowned Anglo-Saxon king of England. Harold reigned from January 6, 1066 until his death at the Battle of Hastings, fighting Norman invaders led by William the Conqueror during the Norman conquest of England. His death marked the end of Anglo-Saxon rule over England.

William I, generally known as William the Conqueror and sometimes William the Bastard, was the first Norman king of England, reigning from 1066 until his death in 1087. He was a descendant of Rollo and was Duke of Normandy from 1035 onwards.

His control was secure in Normandy in 1060, after a long struggle to establish his throne, and he launched the Norman conquest of England six years later. The rest of his life was marked by struggles to consolidate his dominion over England and the mainland, and by difficulties with his eldest son Robert Curthose.

When does the new Netflix series premiere?

There has been no official release date for Vikings: Valhalla, but it is expected to premiere on Netflix sometime in late 2021 or 2022. The series resumed filming after a COVID-19 hiatus in July 2020 and on October was delayed again, although it is expected to have news again very soon.