Home Entertainment Details of the Battlefield 2042 video New content will be released later... 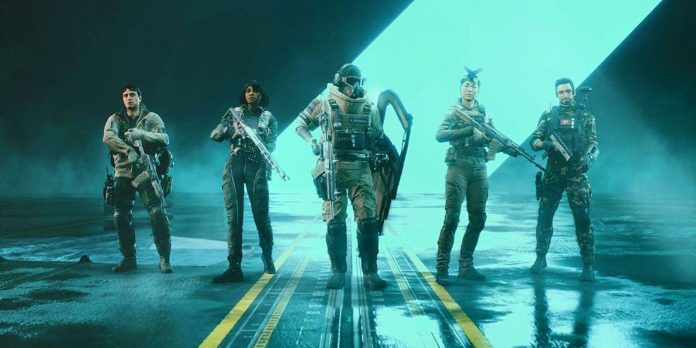 Battlefield 2042 has been gradually working to change the situation since its launch last year, which was criticized. The measures taken ranged from adding new content and bug fixes to reworking aspects of the game that were poorly received upon arrival. In its latest update, the DICE developer outlined some of the biggest changes and new content that players stuck in the game can expect by the end of the year.

Perhaps the biggest of these changes has been made to the 2042 specialist system. Recognizing that the replacement of the class system of the series by individual specialists caused “polarization”, DICE announced that it would return classes and integrate specialists into the classic roles of stormtrooper, support, engineer and scout. This follows changes made to the design specialists earlier this month, and DICE said it will continue to tweak their designs and replicas to better match the tougher tone of the 2042 world.

These changes for specialists are scheduled to debut in the third season later this year. However, before that, another important new gameplay feature will appear in the second season in the form of weapons from the vault. Currently, this weapon is exclusive to the “Portal” mode in Battlefield 2042. It will be available in normal multiplayer mode thanks to a new unlock feature called “Tasks”. Over time, Storage weapons will be added to the game along with brand new weapons, the first of which will be the M16A3 assault rifle and the M60E4 light machine gun from Battlefield 3.

In the second season, two old maps of the game, Renewal and Orbital, will also be redesigned, after the update that was made for the Kaleidoscope map a few weeks ago. The DICE update video shows how some parts of the maps will be filled with an updated landscape and a lot of new shelters. In addition, the redesigned Battlefield 2042 maps will feature new capture points as redesigned respawn points, which should help players get back into battle faster. According to DICE, the redesigned Renewal will appear sometime in September, and Orbital in October.

Although DICE is not ready to fully reveal the new content that will appear in season 2, the developer teased with the addition of a new map, a new specialist, new weapons and new gameplay options for Portal. It was also hinted that players can expect the same amount of content in future seasons of Battlefield 2042. This may not be enough to bring back players who felt burned by the state the game was in during the first few months of its existence, but, in any case, it looks like those who are still playing will have many reasons to continue doing so in the future. the next few months.

90-day grooms of stars who still hold a grudge against their...