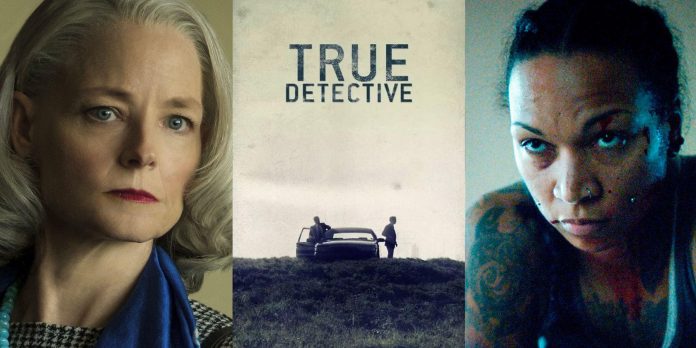 HBO has revealed the official synopsis of the plot and the screensaver of the fourth season of “True Detective”. The next season of the award-winning anthology series will be called “True Detective: Night Country”, featuring actress Jodie Foster and professional boxer Kali Reis.

Issa Lopez (“Tigers are Not Afraid”) he will act as a showrunner, director, screenwriter and executive producer. Foster is an Oscar—winning actress known for her roles in critically acclaimed films such as The Silence of the Lambs and Taxi Driver. Reis is a world champion in professional boxing and an independent film actress, known for her role in the IFC film “Catch the Beautiful One”. The film premiered at the Tribeca Film Festival last year and was critically acclaimed, and Reis was nominated for the Independent Spirit Awards for Best Actress.

“We are very excited to return to the True Detective franchise and work with the multi—talented Issa Lopez, whose unique vision of her film Nightland will be perfectly realized with Jodie Foster and Kali Reis in the lead roles,” Francesca said. Orsi, executive vice president of HBO Programming. “When a long winter night falls in Ennis, Alaska, six people running the Tsalal Arctic research station disappear without a trace,” the official synopsis says. they will have to face the darkness they carry within themselves and get to the bottom of the ghostly truths buried under the eternal ice.”

In the first season of “True Detective,” created by writer Nick Pizzolatto, Matthew McConaughey and Woody Harrelson played two Louisiana police detectives who are involved in a multi-year investigation of a disturbing serial killer. The first season was praised, especially for its performances and gripping plot, and the series was renewed for a second season starring Colin Farrell, Rachel McAdams, Vince Vaughn and Taylor Kitsch. While the second season received mixed reviews, the series was eventually renewed for a third season after a short hiatus, starring Academy Award-winning actor Mahershala Ali.

This is the first season to receive a subtitle, and the first to be titled by another author. Pizzolatto, who wrote the first three seasons, was originally going to do a new series on FX called The Redeemer, in which he was to reunite with McConaughey. The series was canceled before it went into production, and it was reported last year that Pizzolatto wanted to break the deal with the network. Pizzolatto will be the executive producer of “True Detective: Night Country” together with Foster, McConaughey, Harrelson, director Barry Jenkins, Adele Romanski, Mark Seryak, Alan Page Arriaga, Marie Jo Winkler and director of the first season of “True Detective” Carey Joji Fukunaga.