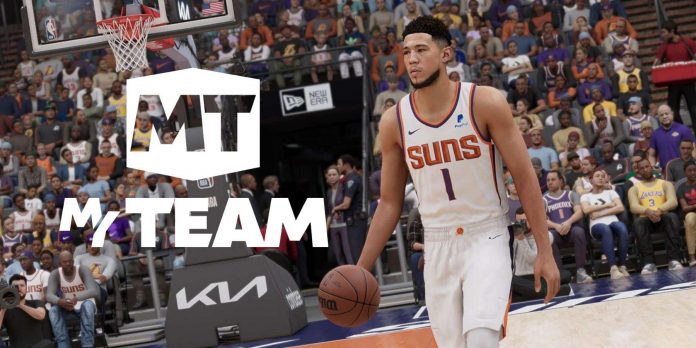 The fall sports season is almost here, and 2K Sports gives basketball fans plenty of reasons to look forward to the release of NBA 2K23 next month. The annual basketball franchise has started showing off a new game, including improved animation and challenges dedicated to NBA legend Michael Jordan. Fans have already started predicting changes to the new game between new ratings and improvements to popular game modes such as MyCareer and MyTeam. Now the newest NBA trailer gives fans a detailed overview of the changes that await in the “My Career” mode.

The newest NBA 2K23 trailer from 2K Sports shows off the many features introduced in the newest iteration of the franchise, with a mix of new game modes, play styles, and even mechanical changes. 2K23 will bring back MyTeam seasons with new competitive seasons rotating every six weeks, with “more ways to progress and earn rewards.” In MyTeam unlimited mode, significant changes will be made to the ranking system, the transition to a game-by-game progress system, and a leaderboard will be introduced. Players with the highest Unlimited rating will now also have new prestige levels with additional rewards.

The changes in the MyTeam rating system will also be joined by new ways of playing in pre-existing game modes. NBA 2K23 will introduce the MyTeam Triple Threat online collaborative mode, allowing players to team up with other players online in a lobby of up to six people. MyTeam in NBA 2K23 will also debut a single-player version of the popular dynamic Clutch Time game mode, which will allow players to play Clutch Time offline for the first time. MyTeam will also introduce weekly limited trials called “Eras” with restrictions on team building.

The debut trailer for the MyTeam mode in NBA 2K23 showed two main mechanical changes that will appear in 2K23, both in Triple Threat and in MyTeam as a whole. MyTeam in 2K23 will no longer use the contract system, which means that players can now freely restart single matches without worrying about using games from the player’s contract. NBA 2K23 will also feature a “locked position” control scheme, allowing players to control one specific player or position throughout the MyTeam match.

Along with other changes made to the annual basketball game, NBA 2K23 will pay increased attention to the WNBA. Just like last year, NBA 2K23 will feature a physical version of the WNBA with an alternate cover featuring Sue Bird of the Seattle Storm and Diana Taurasi of the Phoenix Mercury. NBA 2K23 will also feature several new gameplay elements for WNBA-focused game modes, including League Expansion, the WNBA All-Star Game, and the Commissioner’s Cup. NBA 2K23 looks like it will find something for every basketball fan when it comes out next month.

Downton Abbey: Every scandal in the Dowager Countess’ past

Comparison of Redfall vampires with vampires from other video games