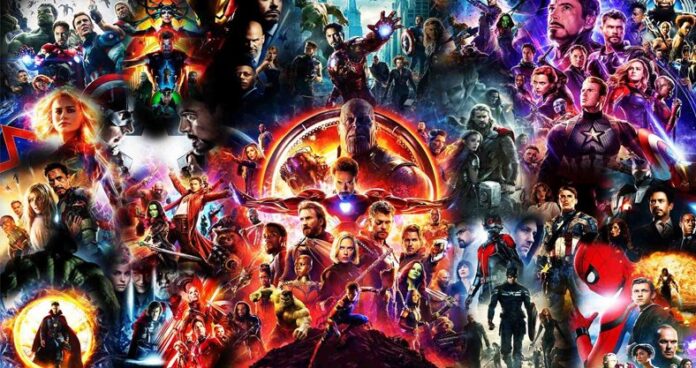 The coronavirus epidemic, which continues to be effective in the world, has negatively affected the economy and many industries. In the cinema sector, which is one of the sectors most affected by the coronavirus epidemic, many films were postponed to a later date or next year. In this context, he had to postpone the new Marvel movies he was working on at Disney. Nowadays new details about a few of these films have been shared.

The coronavirus epidemic, which continues to be effective in the world, has negatively affected the economy and many industries. In the cinema sector, which is one of the sectors most affected by the coronavirus epidemic, many films were postponed to a later date or next year. It appears as one of the companies at Disney that has been heavily affected by these negative developments. Disney had to postpone Marvel Avengers movies that he was already working on to a later date. But nowadays, new news continues to come from these films.

Disney has postponed the release date of many Marvel films, with the closure of cinemas around the world and the coronavirus interventions applied to the movie sets. Although some production companies have made their films digitally successful during this period, Disney seems to not want to take this risk. Most recently, Disney is expected to release the Black Widow movie this year.

Black Widow will be released on November 6:

Disney’s Marvel movie, The Eternals, with the biggest cast not currently included in Avengers, will have new superheroes from the Marvel universe that we’ve never seen on screens. The Eternals’ vision date, originally expected to come out in November this year, was later given to Black Widow, and The Eternals was postponed. According to the photo of Salma Hayek, who will play a role in the film in the past days, from a movie set, The Eternals is thought to start shooting again.

The WandaVision series can be released this year:

The new WandaVision series, which will be based on the Scarlet Witch from the Avengers team, was expected to air normally this year. Pop in a Box, which produced the official toys of many brands, including the Marvel Cinematic Universe, related to the series that did not sound after the coronavirus epidemic, announced that WandaVision on Twitter could be released in December this year or in January 2021.

The Falcon and the Winter Soldier may come out this year:

Other Marvel movies and TV series, with new details revealed:

After the series of The Falcon and the Winter Soldier and WandaVision, the new series Loki, which will also be released on Disney +, will start shooting in front of us according to the statements of Sophia Dimartino, who will take part in the series. After Disney recently bought X-Men broadcasting rights from 21th Century Fox, the series and movies about the new mutant and Warriors characters will also be announced in the coming days. It turned out that a new character named Echo was added to the Hawkeye series, which will start shooting. In addition, Disney began to meet with Deborah Chow for Captain Marvel 2’s directing chair. Finally, Disney, the new Ms. He started to meet with actors for the Marvel movie.

Dax Shepard Jokes that Kristen Bell is Divorcing him after She...