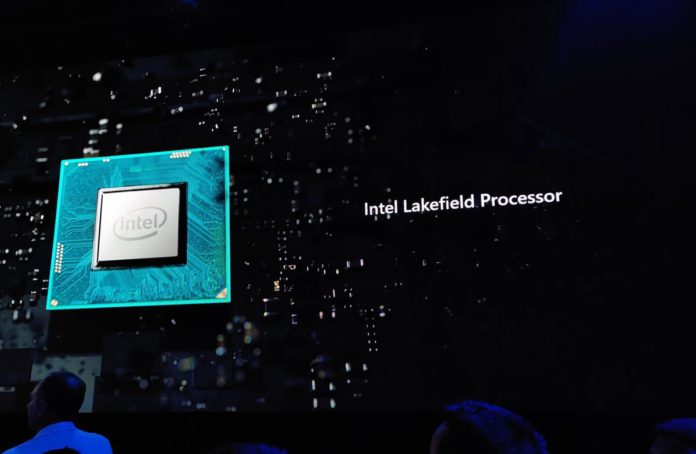 World-renowned semiconductor manufacturer Intel shared some details about Lakefield processors in the summer of last year. New information about the chip, which was not learned much later, appeared in a test this time.

Intel Core i5-L16G7 has emerged as the first commercial processor to implement Intel’s heterogeneous x86 processor architecture called ‘Lakefield’. It is possible to say that this 5-core processor has a high-performance ‘Sunny Cove’ CPU with a smart timer that balances workloads between the two core types, and four small low-power cores.

The 10-nanometer Sunny Cove core on the Lakefield processor will work in demanding situations. The other 4 cores will be used in other jobs and will target power savings. DRAM chips can also be placed on the top of the processor. Moreover, these can only fit in an area of ​​12 × 12 mm.

Lakefield processors are expected to arrive very soon
It is also expected that Lakefield processors, which will be produced with 10 nanometer technology, will be the direct competitor of Qualcomm’s Snapdragon processors. A layering technology called Foveros 3D will be used in Lakefield models. Thus, the components of the processor will be placed not only side by side, but also on top of each other.

The frequency of the processor is listed as ‘1.40 GHz base and 1.75 GHz turbo’, but it seems possible that the two core types have different frequency bands like large cores. The Lakefield processor comes with Foveros packaging, based on old production processes that facilitate microscopic high-density wiring between molds, high-density component molds based on new silicone manufacturing nodes.

Intel seems to follow a new strategy in the naming section for the i5-L16G7 as well. The company is expected to reduce the 7-character model names that can be considered as long as ‘i9-10980XE’ to 5, including the main brand extension (i3, i5, i7, i9). Lakefield processors, which are expected to be used on mobile devices, laptops and tablets, are among the things to be released this year. It seems quite possible that all the details on the subject will become clear very soon.

The Suicide Squad: James Gunn says the film is finished