Home Celebrity All Details About Fantastic Beasts 3, 4 and 5 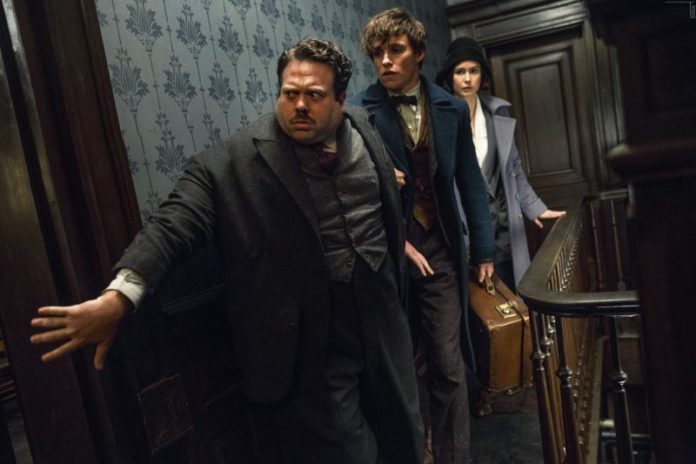 The Fantastic Beasts series, where we had the chance to see different details of the magical world of Harry Potter, was not received very favorably with its first two films. However, the fantastic journey towards the wizarding world will continue. Let’s take a closer look at the Fantastic Beasts 3, 4 and even 5 movies.

It is certain that we will see 3 more films in the continuation of the series and watch 5 Fantastic Monsters movies in total. Despite all the mistakes and bad reviews, the insistence of the producer companies can revive the series.

Why don’t Fantastic Beasts 3 shots start?
The shooting tempo of the Fantastic Beasts movie series, which was announced to be shot as a fives, started to slow unexpectedly after the second movie. As the fans are very uncomfortable with this situation, Warner Bros., the production company of the series, announced that the shooting of the third film of Fantastic Beasts will begin in the spring of 2020 and the release date will be 12 November 2021.

Dan Fogler, one of the actors of the series, explained why the postponement was delayed because they needed more time to prepare for the new film. Warner Bros Pictures Group President, Toby Emmerich, said in a statement, that the delay was made to develop filmmakers’ art and to give fans time to deliver the best possible film.

J. K. Rowling announced that the script for the third film was completed on December 10, 2018. Therefore, this postponement made by the producers is thought to be “eating yogurt by blowing” after the second film. Warner Bros., who has not achieved the desired success in Solo: A Star Wars Story and Fantastic Beasts: The Crimes of Grindelwald, seems to be in a hurry for new films and seems to aim to make films according to the fans’ wishes.

Which actors will star in Fantastic Beasts 3, 4 and 5 movies?
In the Fantastic Beasts: The Crimes of Grindelwald, some of the characters who are in great confusion will not be able to take part in new films due to the story. For example, actor Zoe Kravitz, who plays Leta Lestrange killed by Geller Grindelwald, will not be in new movies. But there is no guarantee that it will not come out with a surprise in the future.

Some of the actors likely to be seen on the big screen in the new movie; Eddie Redmayne as Newt Scamander, Katherine Waterston as Tina Goldstein, Dan Fogler as Jacob Kowalski, Alison Sudol as Queenie Goldstein, Ezra Miller as Credence Barebone. The probability that the Gellert Grindelwald character will be revived by Johnny Depp also seems quite high.

The director of the new movie is expected to be David Yates. Steve Kloves, who has also written some Harry Potter movies, will have his signature in Fantastic Beasts 3 with J. K. Rowling. Although there is no clear explanation regarding the cast of the fourth and fifth films, the cast of actors and writers is expected to continue in this way.

What awaits the audience in the movie Fantastic Beasts 3?
J. K. Rowling, author of the Fantastic Beasts series, gave a few tips on the new movie. According to Rowling, the third movie will be about a story set in the 1930s and Rio de Janeiro. These Brazilian shootings worried fans as much as they were excited. Because it is feared that the movie will deviate from the main story.

The final of the movie is a complete question mark. If there is an open-ended finale, it will be understood that the promised fives will come, if it will be a clear finale, it is expected to be a satisfying finale that is worthy of the trilogy. Speaking to Variety magazine, the box office analyst Jeff Bock said that he believed that the young Albus Dumbledore will focus on Fantastic Beasts in 3 films, that the shooting will not take away from Hogwarts and that they will do a successful work to save the series.

Fantastic Beasts 4, 5 subject and vision dates:
There is currently no vision date for the fourth and fifth films released by either the production company Warner Bros. or the author of the series, J. K. Rowling. Even if the third movie is postponed so much, the possibility of a fives is thought to be distant, but this depends entirely on the box office success of the third movie.

Writer J. K. Rowling has announced that the films will tell a magical world of 19 years. So the date of the last movie’s story will probably be 1945. This date is also the date of Tom Riddle’s graduation from Hogwarts, who will become Lord Voldemort in the future.