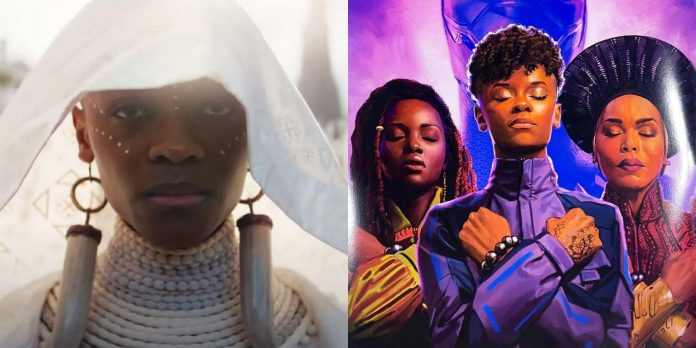 The second day of the Disney D23 celebration is taking place in Anaheim, and the Marvel Studios panel began with new footage from the movie “Black Panther: Wakanda Forever.” New details about the plot of the film were also revealed.

“Black Panther: Wakanda Forever” is perhaps one of the most anticipated upcoming Marvel films. After the untimely death of Chadwick Bozeman, many wondered how the franchise could continue after such a titanic loss. Although rumors continue about who will be the new Black Panther, and some wonder if Michael B. Jordan’s Killmonger might return, the group has not disclosed this information. Instead, it contained a touching tribute to Bozeman and an explanation of how his death would affect the plot of the film.

According to IGN, which has an insider watching the panel’s development, a lot of new details were revealed during the panel. Firstly, it looks like Shuri (Letitia Wright) will be the focus of the film, and her role will be significant. The plot focuses on Wakanda facing a crisis as many compete for their vibranium resources while the country is at its lowest point after the death of King T’Challa.

Unfortunately for Wakanda, Namora’s underwater kingdom, Tlalocan, begins an invasion of the kingdom. In the new footage of the film, Namor (Tenoch Huerta) fights with Winston Duke’s M’buck. Clips showing the power of the Tlalocan warrior Attuma were also highlighted, and a scene was also shown in which Dora Milahe engages in battle with her vibranium weapon. There was also a scene “in the style of a UN meeting” in which Queen Ramonda (Angela Bassett) warns of the dangers of vibranium if it falls into the wrong hands. Letitia Wright concluded the panel by stating: “I am very glad that you are going to the cinema and are proud of what we have done. And that my brother is smiling at us.”

The film seems to continue the thematic connection of the original with colonialism. Here, interestingly, we see two advanced empires, led by colored men and women, who oppose each other. Although Namor is the antagonist of this particular feature, he is a very complex character in the comics, and it is possible that he will grow as the film comes to an end — when he sees how his actions have affected the people of Wakanda, and sees how they fight for their people the same way he fights for your own.

“Black Panther: Wakanda Forever” will be released in theaters on November 11, 2022.