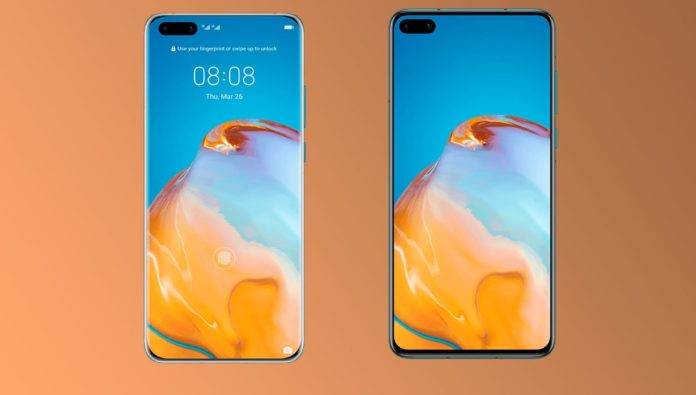 Detailed render images of the P40 and P40 Pro models, which will be Huawei’s new flagship phones, have emerged. The screens of the Huawei P40 and P40 Pro have been seen so clearly for the first time.

Huawei is preparing to announce the new flagship smartphone series P40 and P40 Pro in the coming days. Despite some information about Huawei’s new flagship phones, the designs of the phones were not fully revealed. But with the visuals published by Evan Blass today, the clearest images of P40 and P40 Pro have appeared at the end.

In the images published by Evan Blass, the front parts of P40 and P40 Pro are clearly visible. P40 and P40 Pro’s screen has pill-shaped camera holes in the upper left corner to accommodate dual front cameras. The P40 Pro’s pill-shaped camera hole looks a bit wider than the P40. Because the P40 Pro is expected to have a ToF sensor in addition to the dual front camera.

The rendered images have physical power and volume buttons on the right side of their two phones. The P40 Pro’s fingerprint reader is embedded in the images. The P40 Pro also has a 5G network icon at the top of the screen.

Huawei will announce the launch of its new flagship P40 series on March 26 in Paris, France. Due to the coronavirus epidemic, Huawei will launch online.