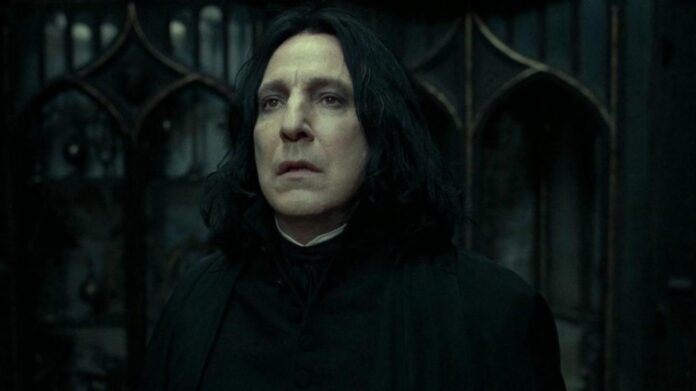 Professor Snape in Harry Potter holds an odd franchise record! The costume is part of the stage paraphernalia which helps an actor to slip more easily into the role of his character.

Sometimes, the latter is also used to sublimate a plot or suggest a character trait. This is the case in the Harry Potter saga where certain details of the costumes allow to learn more about the mood of the students of Hogwarts. However, there is a character in the universe of the J.K Rowling franchise who deviates from this rule. This is obviously the legendary and much appreciated Professor Snape, played by Alan Rickman. Whether it’s back to school, at the Yule Ball, a Quidditch match or even when he’s next to Voldemort, the professor has never worn anything other than his long black robe.

On this subject, the costume designer Jany Temime told the HelloGiggles site that she “had never deliberately changed her costume” during the ten years of filming. “I always kept Professor Snape the way he was because I thought he was a great costume. When something is perfect, why should you change it? It was him. And he never changes, Professor Snape. He’s the kind of guy who goes to bed in his costume. ” An observation shared by Alan Rickman who told the New York Times at the time: “to be very involved and very precise” in the look of his character. So much so that during the first fitting, the latter recognized that “something strange had taken over”. Also discover this stunning detail in the meeting between Snape and Harry Potter that no one has ever noticed.

Meghan Markle and Prince Harry: Elizabeth II is disappointed by their...

WandaVision 1×7: the fight for control of WestView