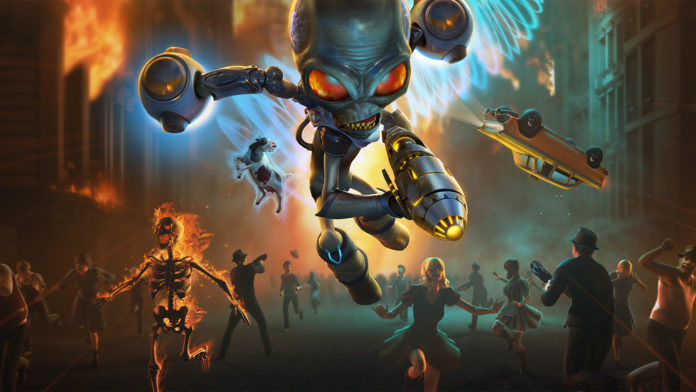 With its release in 2005, it became clear when the renewed version of Destroy All Humans! The game will be available to players on July 28.

The remake of the action / adventure video game Destroy All Humans! Developed by Pandemic Studios has been announced. You return to 1959 in Destroy All Humans! And go to America. In the game where you will control an alien, you will try to combine as many regions as possible.

Remake version of Destroy All Humans!, Which was produced for PlayStation 2 and Xbox in the years when it was released; It will be playable on PC, PlayStation 4, Xbox One and Google Stadia. If we mention the price of the game, which is planned to be released on July 28; The game will be available for $ 29.99 for computer and $ 39.99 for consoles.

Destroy All Humans! Remake will appear before her fans on July 28:
One of the first major changes noticed in the game is that it is much clearer than the original in the world. Of course, you are still given small missions to fulfill, but when these missions are completed, the world is waiting for you to be discovered until you decide to leave the planet. This means you can cause as much damage as you want.

Aiming to be more embracing, the new Destroy All Humans! Has added a number of new characters to the game. Another point about the game is that you will no longer need to return to the main ship to visit Pox on upgrades. Instead, you will have the option to use your hard-earned DNA in upgrades at the end of each mission.

New costumes for Crypto can be earned in the game:
Black Forest Games, the developer of Destroy All Humans!, Said the game will take between 15 and 25 hours, depending on how you play. For companions, there are 20 new optional challenges added to the game; which allows you to approach tasks in interesting and new ways. Completing these challenges earns in-game rewards for Crypto, including new costumes.

Spotify wants to use user voice to suggest music

Perseverance: NASA Shows How The Rover Manages To Take Selfies on...