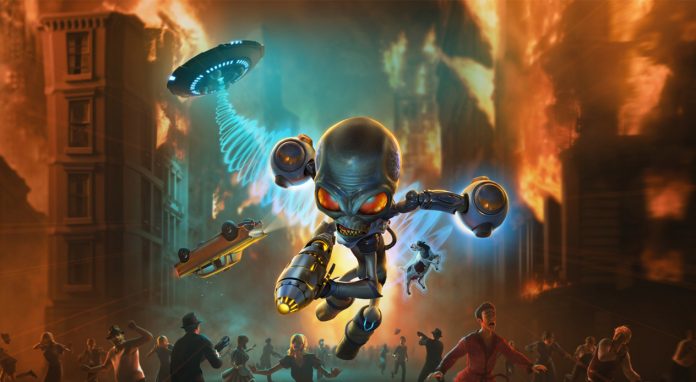 Destroy All Humans is an open world action-adventure game. He narrates the UFO events in the USA during the cold war with a humorous language. Destroy All Humans, which first debuted in 2005, was reintroduced to the players in 2020 with a Remake version.

Crypto-137 (Main Character) comes to the world to find his lost clone and tries to overcome all kinds of missions to get him back home. Destroy All Humans Remake version coming to Nintendo Switch this summer

Destroy All Humans arrives on Nintendo Switch on June 29

Players can use some psychokinetic powers with the main character. The game set in the 1950s refers to the UFO events of the period and explains this in a humorous way. Destroy All Humans offers fun gameplay. However, as the story progresses, the tasks can repeat. The standard version of the game, which will be released on June 29 for the Nintendo Switch, will be sold with a price tag of $ 39.99. Besides the standard version, there are also two expensive special versions.

The DNA Collector’s Edition includes Destroy All Humans itself, a Crypto’N’Cow figurine, key chain, six lithographs, and stress toys. The DNA Collector’s Edition has a $ 190 price tag. The second version, Crypto-137 Edition, includes all the above contents (except the figurine), the main character’s bag version and a statue of the main character. Crypto-137 Edition has a price tag of $ 479.