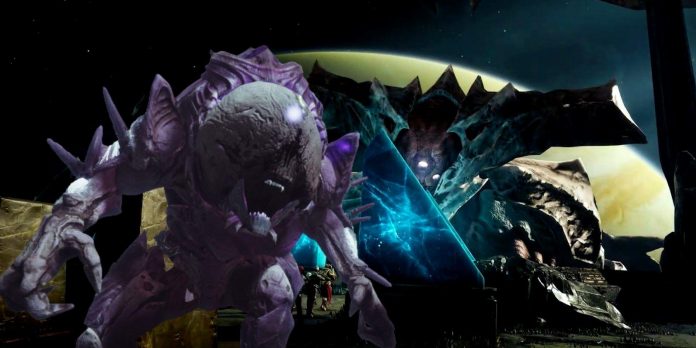 Bungie’s August demo for Destiny 2 turned out to be everything fans had hoped for, thanks to the unveiling of the Lightfall expansion, Season of Plunder, the Fortnite crossover and much more.

The Coast of Lightfall quickly became a hot topic in the community due to the topics of a completely new subclass of Darkness and how it can work in terms of real gameplay, with an emphasis on the ability to bypass and turn objects into reality. Another important discovery was that King’s Fall was a repeat of Raid for season 18, and although it was an obvious choice for the current state of the game and its narrative, it still surprised fans who expected Wrath of the Machine instead.

In fact, it could be argued that “Wrath of the Machine” was the best raid for season 18 between them simply because of the replay value, which was quite high in Destiny due to the fact that the raid was neither long nor mechanically difficult. The Fall of the King, on the other hand, is a good choice, given that it has many iconic encounters that are deeply etched in the history of the franchise. However, some of them may have to be rebalanced before the debut of King’s Fall in Destiny 2, which is very different from its predecessor.

How Destiny 2 Can Improve the Performance of King’s Fall

Although this is not the first encounter in the raid, the Hive ship jumping puzzle should have been remembered, especially for players who entered King’s Fall without knowing it. A good way to preserve this iconic aspect would be to remove players from the ability to cover solid objects to make this part of the raid more difficult, since Destiny 2 already offers too many tools to accelerate through sword riding, Icarus Dash, and more.

The totem encounter is the first proper encounter in King’s Fall, but it seems a bit repetitive and too simple, which Bungie can change by slightly complicating the mechanics and advancing the team game with temporary buffs and additional enemies. An example would be setting a longer timer, which forces players on the sides to go to the opposite side of the room, rather than returning to their totem every time they need to head to the middle part of the area. As for the next encounter with Warpriest, Bungie can randomize the pillars behind which players stand to defend against the boss, as well as randomize which player will receive an aura after clearing the plates.

Golgorot is another iconic boss battle that deserves a better set of mechanics when King’s Fall returns to Destiny 2. Here Bungie can make each bag Taken mandatory for DPS, instead of allowing players to focus on one with a long enough timer, skipping the rest, which was often done in Destiny to shorten the fight and melt the boss. Perhaps the new Fall of the King could change the way Golgorot’s gaze works so that it doesn’t look too much like meeting the Caretaker in the Apprentice’s Oath, as both mechanics require players to shoot the boss in the back so that he focuses on them.

Next, in a clash with the Daughters of Oryx, a facelift could be performed by removing randomization for the relic runner to allow anyone to choose a runner role that could previously have been assigned to the same player twice in a row. It would also be nice to reduce the time between the death of the first sister and the damage phase of the second, so that players are careful in their actions.

Finally, the players encounter Oryx, the King of the Possessed. Here Bungie should allow players to deal more damage than originally intended in order to slightly reduce the collision for more replayability, but make ogres more aggressive and appear faster, which may also complicate the destruction of the Oryx Vessel. As a final overall raid improvement, Destiny 2 champions can also be added to each encounter at the “Master” difficulty level, although the community does not like this system.