Home Entertainment Destiny 2: The Witch Queen Presents a Spectacular Trailer and Confirms Its... 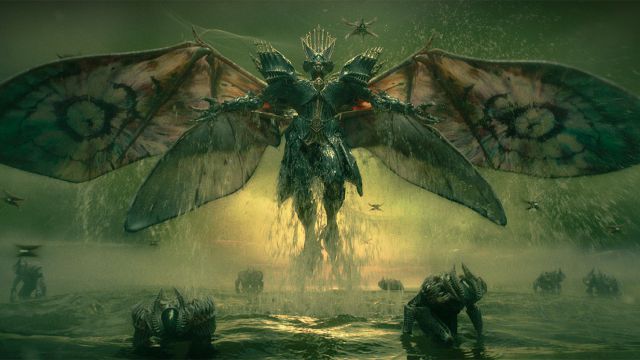 Destiny 2: The Witch Queen, Bungie shares new details about the fourth expansion for Destiny 2 along with the activation of cross-platform play and more news.Destiny 2: The Witch Queen, the fourth major expansion to Bungie’s popular multiplayer first-person shooter, has a release date. This has been announced by those responsible, confirming that the new content belonging to the trilogy on Darkness will be available on February 22, 2022 for PC, PS4, Xbox One, PS5, Xbox Series X | S and Stadia. All this through a spectacular cinematic trailer that you can see heading this news and in which we get to know more closely such a shocking universe dominated by The Witch Queen.

Thus, this new expansion that precedes Destiny 2: Eclipse for the end of 2022 or the beginning of 2023, brings many new features along with a campaign as frantic as it is disturbing that promises hours and hours of gameplay. A new archetype of weapons has arrived, the so-called glaives, imposing lethal swords in the melee that will also launch projectiles and use energy shields. Additionally, players will have access to a new crafting system.

On the other hand, soon all the subclasses of Light will be updated, starting with the Void, while the rest will have to wait for the next seasons; In addition, new Trials of Osiris will arrive in September. Although one of the most anticipated novelties is the arrival of crossplay, today, for PC, PlayStation, Xbox and Stadia; There is no longer an excuse to meet up with friends regardless of the gaming platform.

On the plot of Destiny 2: The Witch Queen, will follow the

events of the previous expansion with the Witch Queen, Mara Sov, returning to the Dream City from the Forsaken expansion. Let us remember that in December the 30th anniversary of Bungie will be celebrated with a very special pack with weapons, armor and more content with exclusive designs along with a new dungeon.