Home Entertainment Destiny 2: The Case of the Wrath of the Machine will be... 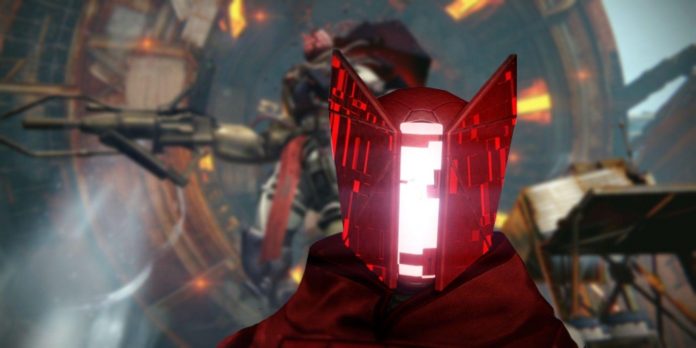 The Destiny 2 Ghost season ends in about two weeks, and the launch day of season 18 will also be when Bungie’s planned showcase event is launched, probably during the game’s maintenance downtime. The Destiny 2 demo on August 23 will be quite big due to various announcements and revelations about the future of the game, starting with what is likely to be a teaser trailer for Lightfall, an expansion due out in early 2023. Of course, Bungie will also reveal more details about Season 18, possibly including a full comment on the Arc 3.0 update that will be launched with it.

Another important piece of information received at the August Destiny 2 demo is that the legacy of Destiny Raid will be replicated in season 18, especially given that Bungie has already eliminated Crota’s End, leaving only King’s Fall and Wrath of the Machine. Each of these two old raids makes sense to repeat in Destiny 2, because both of them can advance the current storyline to some extent. However, there are reasons why Wrath of the Machine might be the better choice of the two.

Wrath of the Machine was the last raid ever released for Destiny, and it appeared alongside the Rise of Iron DLC, which explored the history of the Iron Lords and Lord Saladin, as well as the history of Rasputin, SIVA and the Fallen. Due to the fact that Saladin is now part of the Military Council of Cayatla and only occasionally returns to the Tower for the Iron Banner, the character has not been a central part of the story for a long time, except for the Season of the Rebels. In Season of the Resurrected, Saladin gave up his freedom to save Raven’s life after they spent time arguing about what was right and what was wrong, and eventually Saladin left his legacy to Raven.

This may lead to Bungie using Wrath of the Machine to create a season that will bring up an old plot point in the form of Rasputin’s death against the Black Fleet from the Arrival season, when Ana Bray had to put AI into an engram to save it from destruction. Since in Destiny 2, players will learn that the events related to the Rise of Iron DLC and the Wrath of the Machine raid occurred because Rasputin used SIVA to get rid of the Iron Lords, it is quite possible that season 18 will solve these problems.

Aside from plot reasons, Wrath of the Machine could be a great raid for Destiny 2, and that’s because of its relatively fast collisions compared to King’s Fall, which means that in the long run it will have a lot of replay value. King’s Fall may have been one of the longest raids in the franchise, and while it’s also one of the best overall, it may be a poor choice for season 18 for another reason. With the new raid of season 18, Bungie has announced that there will be a slight change to the first challenge in the world, where players will need to complete the raid once before starting a race that counts in the race, meaning a faster one would be ideal.

Wrath of the Machine also had a certain raid-exclusive weapon perk in the form of the Whirlwind Curse, which allowed players to deal more damage to Fallen enemies with raid loot. In Destiny 2, this could be used as an Origin Trait for the Machine’s Wrath weapon, and it could even be a way to link the knowledge of the Raid itself and the Fallen as a race. Finally, repeating Wrath of the Machine would be a great way for Bungie to come up with a completely new Raid exotic, since the original one was Outbreak Perfect, which is already in the game.