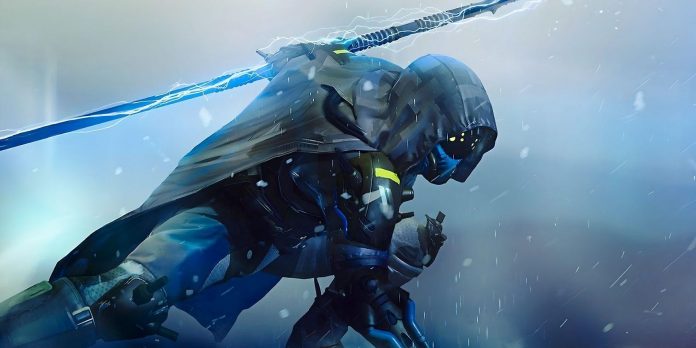 As the “Ghosts” season in Destiny 2 draws to a close, players are eagerly awaiting concrete news about Bungie’s plans for the next major reworking of the subclass: Arc 3.0. The latest subclass of Light abilities, which will receive its upgrade to a new, much more customizable system of abilities of the game, almost nothing was known about Arc 3.0 until now, and many believed that nothing significant would be revealed about the final revision until it was launched.

This time Destiny 2 is ahead of events with a detailed overview of some of the most important changes that will happen on August 23, some of which were expected, and others may be completely unprecedented. The latest blog post reveals information about the new Arc 3.0 superpowers, fragments and more, as well as a general idea of what Bungie is trying to achieve here.

Although Bungie has already introduced a series of Destiny 2 Season 18 weapon buffs, a new blog post by Arc 3.0 studio successfully overshadows most of its previous post about the next big release of content in the game. According to the developers, Arc 3.0 is designed for fast movement, and the new buff — Amplified — passively increases the speed of Guards, handling weapons and agility in all directions. This approach is further emphasized by Blind and Jolt debuffs, with the former slowing down and blinding the affected enemies, and the latter linking lightning bolts to each other, dealing damage along the way.

Arcstrider hunters will retain their battle staff, but they will also receive Gathering Storm Super, which allows them to throw a spear at an enemy, dealing area damage for a longer period of time. Warlocks will retain the Chaos Reach and Stormtrance superpowers, which will be further enlivened by the addition of Chain Lightning melee attack. Finally, the Titans get improved Fists of Havoc and Thundercrash, as well as the Thruster Dash ability, which sounds oddly similar to the one that caused the Twilight Garrison stalking incident in Destiny 2.

All three classes also get three main aspects to choose from, each specializing in a specific aspect of Arc 3.0. It seems that they meet many of the players’ expectations regarding the remaking of Arc 3.0 in Destiny 2, as they offer more customization and functionality than Arc 3.0 ever offered, while at the same time-apparently, preserving all the previously available benefits of the subclass.

According to Destiny designer Mike Humbolt, the reworking of Arc 3.0 was inspired by media such as One Punch Man and Crank 2: High Voltage by Jason Statham, as the subclass must continue to push players towards enemies in order to constantly update their buffs and deal damage. . Generally speaking, Bungie skillfully avoided any references to the recent leak of the Destiny 2 green subclass, but that was to be expected.

Breakdown of the August Monthly Awards in MLB The Show 22