Home Entertainment Destiny 2 Players Find a Way to Get Endless Respawn and Ammo... 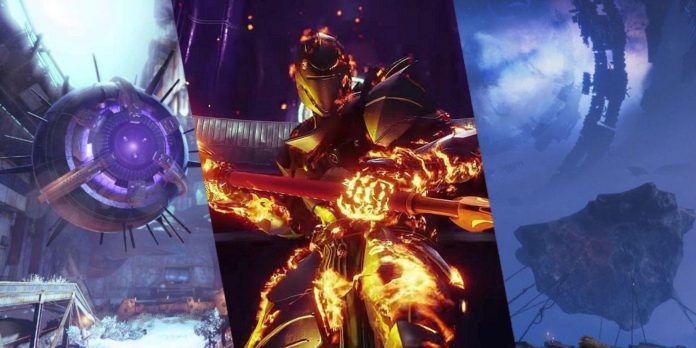 The season of ghosts in Destiny 2 has come to an end in terms of storytelling after seven weeks, but the season is still ongoing and will end on August 22. The Solstice event returns to Destiny 2 in a new form, as many aspects have been redesigned to create a different experience when exploring EAZ and defeating the enemies of humanity, while receiving a new Seal. Another thing that will support the continuation of Season of the Haunted is the fact that Grandmaster Nightfalls became available yesterday, featuring challenging PvE challenges for experienced players.

Grandmaster Nightfall Strikes are often considered an unforgiving occupation because one team destruction will cause all participants to be returned to Orbit and lose their progress in GM. Thus, it is often very important that Destiny 2 players have enough ammunition to deal with champions, mini-bosses and the final boss. Resource management is crucial in Grandmaster Nightfalls, including rebirth. However, players have already discovered an exploit that gives both endless ammo and endless respawns.

Bungie’s latest TWAB detailed the return of GM Nightfalls, explaining that there will be a new feature allowing players to return to Strike if they have somehow disconnected. This “reconnect” feature was not available in the past, and now it makes it easier to work with grandmasters, as Destiny 2 players can log in again after an error or other problems. However, Destiny 2 YouTuber and content creator Misleading shared a video showing off a new exploit with a reconnect feature that allows players to return to GM without having to respawn, as well as show up with full ammo.

This is done by forcibly closing the game when the players are not the leaders of the battle group, and then launching Destiny 2 again and confirming when the “Rejoin Activity” screen appears. Players will respawn in Grandmaster Nightfall alive, with the same number of revivals and full of special and heavy ammo, regardless of how much ammo they have left before the game closes. This means that players can get GM Nightfalls almost constantly by spending their special and heavy ammo, and then simply returning to the system to get full ammo again. This exploit works everywhere for any GM, including in rooms with bosses.

However, it is even possible to go through GM Nightfalls alone, although this requires fully optimized builds and excellent weapons. Although this is not Grandmaster Nightfall, a Destiny 2 player recently shared a Master Nightfall walkthrough without damage, showing that this exploit is not needed to solve complex problems. However, Bungie will probably have to fix this as soon as possible so as not to spoil the GM impression.