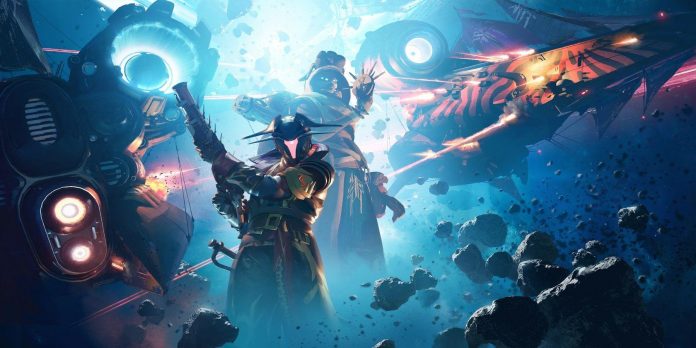 Bungie’s latest demo thread hasn’t been shy about sharing some of the studio’s big plans for Destiny 2 for next year, and they’re all built around the game’s next major expansion, Lightfall. The new expansion alone will bring with it a new place to explore with Neptune’s capital Neomun, a new Shadow Legion of Kalus and new abilities for the guardians. However, before players get there, they will have the opportunity to channel their inner pirate along with Mitrax and the Wanderer in the newest season, the Season of Robbery.

The studio took a deep dive into the new season during its latest demo broadcast, confirming the leak of information about the return of Eramis in Destiny 2 and the general pirate motive. The Guardians will join Mitrax, Wanderer, Eido and Spider as they form a new team to fight the forces that Eramis gathers after escaping from the stasis shell in which she has been frozen since the end of the Beyond Light campaign. She will join forces with the pirate lords of Elixni to rally her forces against the Wanderer and the Last City, although it is unknown what role the Witness could have played in this.

As for the available actions, there will be three central elements in the overall gameplay cycle of the season. First is Ketchcrash, a new six-player game in which guardians will engage in ship-to-ship battles and board Eramis the Shipstealer ketches to stop her team’s raiding efforts. The expedition is a new activity for three players, in which players “collect treasure maps, dig up treasures” and return them to their team’s Ketch before the team of Eramis does. Third, pirate havens, weekly story missions in which players battle the pirate lords of Eramis in a battle for loot.

It looks like the players have a lot of equipment and weapons that also fit into the pirates’ aesthetic. The seasonal weapons and decorations are clearly inspired by both the guards of the Elixni crews, with whom they fight together and against them, and the weapons of the golden age of piracy of mankind.

However, veteran players may be most excited about the return of the King’s Fall raid to survive the titular end of Oryx the Taken King. Bungie has confirmed that a repeat of the world’s first race will begin with a daily reset on Friday, August 26, and the guardians will have only three days left to prepare for the invasion of the Dreadnought. However, it’s unclear how much the raid has been modified to fit the current Destiny 2 landscape, instead likely leaving these discoveries to the players.

90-day plastic surgery of the groom, which fans do not approve...

Ariela Weinberg and Biniyam Shibre from 90 Day Fiance finally got...