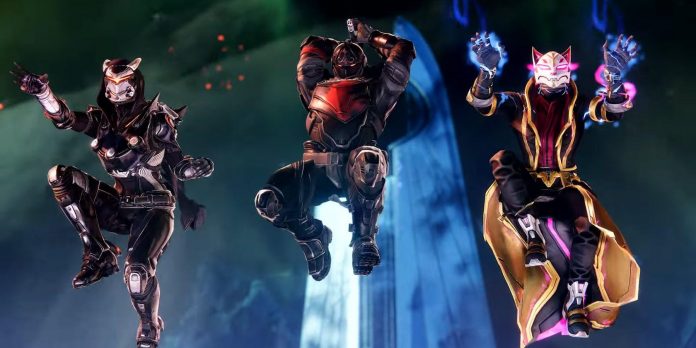 It was a big day for both Bungie and fans of their massively popular online shooter Destiny 2. At today’s demo event, Bungie revealed the future of Destiny 2 with a new video for the Lightfall expansion, which featured new types of enemies, a place on Neptune, as well as a second force of darkness known as the Strand. With so much information, Bungie has also introduced the 18th season, which is really dedicated to the pirate theme and focuses on the return of the Fallen Kell, Eramis.

Despite the fact that fans are looking forward to so much content, Bungie has prepared a few more surprises for Destiny 2 players. As of today, Destiny 2 is now available on the Epic Games Store, giving fans another place to meet other players on the PC platform. In fact, players who go to the Epic Games Store and download Destiny 2, the 30th Anniversary Pack, will also be able to unlock it for free. To celebrate this event, all platforms will have access to all Destiny 2 add-ons completely free next week.

However, this collaboration with Epic Games is not only about Destiny 2. As part of the trailer show, Epic and Bungie teamed up for several cross-events, particularly in three games. While the collaboration with Fortnite unfortunately leaked early, Bungie confirmed that the content will appear in both Destiny 2 and Fortnite itself. In Fortnite, players can get three new skins of Caviar, Rubble and Stranger, which also comes with a unique Fish-like Ghost. Other cosmetics include Sparrow gliders and Destiny swords as melee picks.

Mediatonic’s Fall Guys will also participate in a collaboration that will begin next month, September 17, with Destiny 2 cosmetic skins for the Titan, Hunter and Warlock subclasses. It is not known whether in addition to the added skins there will be a special playlist or a collector’s event similar to the unique Halo Fall Guys event earlier this summer.

Finally, Destiny 2 players can also pick up Fortnite-inspired gear, information about which was leaked a few days earlier. For those who may have missed it, each subclass gets armor inspired by a specific character from the massively popular Epic Battle Royale. The Titan has armor inspired by the Black Knight, while the Warlock will have Drift and the Hunter will have Omega. Although nothing specific is specified in the trailer, it is more than likely that these skins will be available for purchase in the Eververse store.