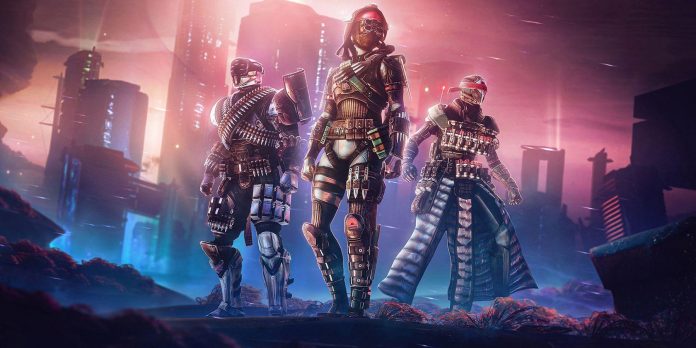 Bungie’s recent demo of the upcoming Lightfall expansion for Destiny 2 was incredibly tempting, showcasing a new subclass of Darkness called Strand, a cyberpunk-style city located on Neptune, and a frightening new encounter with an old enemy. Indeed, the demo showed fans a lot of what’s coming next, but also provided important information for those who haven’t immersed themselves in the game yet.

It’s no secret that Destiny 2 is incredibly popular, but especially with the lack of content like Vanilla and Forsaken, it can be very difficult to get into it now. Combine this with some intense game mechanics and heavy use of hyper-specific sci-fi terminology, and it becomes clear why Destiny 2 may not be exactly welcoming to newcomers. Bungie aims to change that.

Along with the release of Lightfall, there are Guardian Ranks, a new system designed to introduce players to various game mechanics and other things. It will also give the player a level indicator designed to demonstrate the level of proficiency in various game systems, and this means that players can join groups with equally experienced players, know who might need a little extra help in their battle group, and more. While this makes the game system more user-friendly, a lot also depends on the Bungie community to make sure new players are welcome.

To this end, several new quality of life features have also been added to the game. The new gear manager will also help newcomers and veterans better manage their in-game gear, and there is also an in-game LFG system called Fireteam Finder, which will be able to improve the social and raid experience for Destiny 2 veterans and newcomers. . In addition, this is also highlighted by a new matching-based gratitude system that allows players to leave feedback with using a series of flashcards to highlight what they have done well and what can be improved.

For example, there is a Selfless card for those who help other Destiny 2 players, and there is a Heroic card to help save the team from defeat. Overall, it looks like Destiny 2 is looking to improve the beginner experience, and is also preparing for the next big step when Lightfall is released in February 2023.

Final Fantasy 9 Will Have Animation For Children