Home Entertainment Destiny 2: Legend (Master) Guide to the excavation of the XII lost... 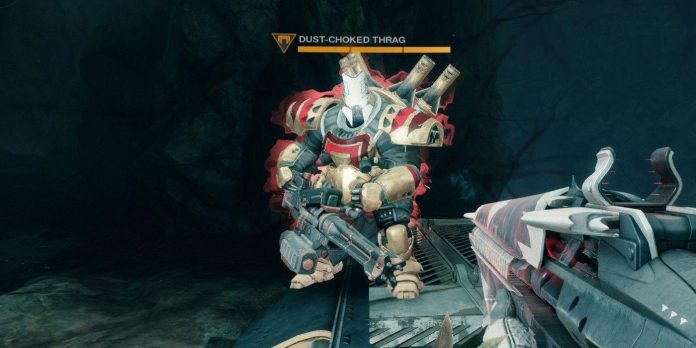 Excavation XII is one of the fastest and easiest to traverse the Lost Sectors in Destiny 2. Every time this task is available for completion at the “Legend” and “Master” difficulty levels, players should take advantage of this opportunity. Excavation Zone XII is one of the four lost sectors in the EMZ that are currently part of the rotation. The activity may be located in the Firebase Hades region on the map, and The Gulch is the nearest landing zone.

Since the Lost Sector is located in the EMZ, the Guardians will face many enemies of the Cabal. There will be barrier and unstoppable champions, so it is advisable to equip the right mods. Equipment is also locked at the “Legend” and “Master” difficulty levels. Using one of the new Solar 3.0 subclasses in Destiny 2 is perfect for this Lost Sector. Excavation XII is accompanied by a Sunburn, increasing all the sun damage inflicted and received by 50%. This, combined with the seasonal Unstoppable Scout Rifle mod, makes the exotic Skyburner’s Oath scout rifle one of the best weapon options. In addition to being a solar weapon, it deals increased damage to the Cabal and pierces the Phalanx shields. Before the boss, the Guards will meet a lot of Unstoppable Champions.

Legend Excavation Site XII has a Scorched Earth modifier, thanks to which enemies throw grenades much more often. There are many boxes and stones inside the Lost Sector, which allows you to hide from these additional explosives. The complexity of the Master adds a modifier Depletion, greatly impairing regeneration, but defeated enemies can spawn healing wells of Light. Titans with the Lorelei Splendor Helmet in Destiny 2 or any other forms of Recovery neutralize this debuff, allowing the Guardians to worry about one modifier less. Preparing the right equipment will turn the lesson into a normal test.

In the first room there will be an explosive barrel from which you can shoot to kill several enemies in Destiny 2. Waiting until several enemies are next to the canister will make it easier to clear the room. There is also an unstoppable champion who should be stunned immediately. The next room is wide open and contains several more explosive barrels. There are plenty of lesser Cabal enemies mixed in with a couple of Unstoppable and Barrier Champions. Depending on where he appears, the boss may be on the ramp leading to the last chest. Guardians seeking to earn as many points as possible must be careful not to defeat the dust-choking trag before killing each champion.

Legendary Lost Sectors and Workshops Lost sectors in Destiny 2 allow players to get exclusive exotic armor. After going through Excavation XII several times, the Guardians will learn how to effectively complete the task. Each lost sector in the EMZ is incredibly short compared to many others, for example, on the Moon. Players should look forward to the return of Legend and Master Excavation Site XII.