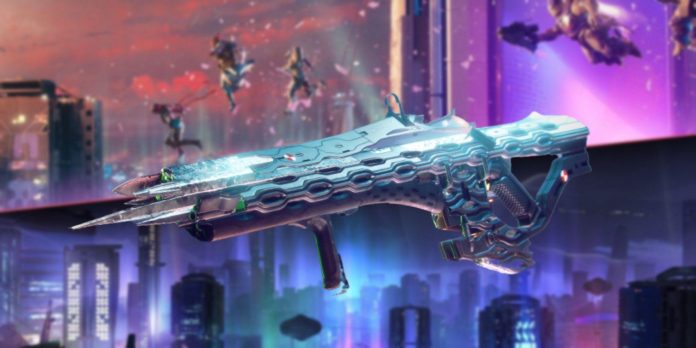 At the August Destiny 2 show, it was revealed that Bungie has come up with a Lightfall expansion for the upcoming expansion, which adds a new location in the form of Neomune, a hidden city on Neptune. Neomuna is inhabited by a new race called Cloud Striders, who will teach the Guardians to wield the powers of the Strand to fight the army of Kalus and Witness.

Cloud striders also have interesting technologies that have never been shown, except for the Exo Stranger companion from Destiny 2, a fish-like creature. With Lightfall, players will be able to get their hands on another technology from Neomuna — the exotic Quicksilver Storm automatic rifle, which this guide explains how to get earlier.

To get the exotic Quicksilver Storm item in Destiny 2, players need to pre-order the Lightfall expansion, as this item is provided exclusively upon purchase and cannot be unlocked otherwise.

Players can purchase three different editions of Lightfall, and only two of them come with the Quicksilver Storm automatic rifle in early Access. The standard Destiny 2 Lightfall edition includes only the basic expansion and some additional cosmetic items, so new exotic weapons can only be obtained by purchasing the Lightfall Edition + annual subscription or Collector’s Edition.

However, it is important to distinguish between the collector’s edition, since it can be purchased without a game code. In this case, Destiny 2 players will not receive the Lightfall expansion and the Quicksilver Storm automatic rifle.

How to Redeem an exotic Quicksilver Storm Automatic Rifle

After purchasing the corresponding Lightfall edition for Destiny 2, players will be able to immediately get the exotic Quicksilver Storm in the game.

This can be done by going to the Tower and then talking to Master Rahul, who usually helps players decipher their engrams.

Players will see the engrams screen if they have any prime or shadow engrams left, which can be closed to go to the regular seller screen for Master Rahul.

Here Destiny 2 players will be able to get various bonus items for pre-ordering the Lightfall expansion, including the Quicksilver Storm automatic rifle.

The weapon will have a power level of 1350, but players will be able to fill it with other weapons as usual.

You can redeem the exotic Quicksilver Storm automatic rifle at any time, and all players who pre-ordered Lightfall before its release will be able to get this new exclusive weapon for free in the same way regardless of the current season.

The Hunger Games: How Are The Actors Ten Years After The...