Home Entertainment Destiny 2: How to Get and Gild the Seal of the Conqueror... 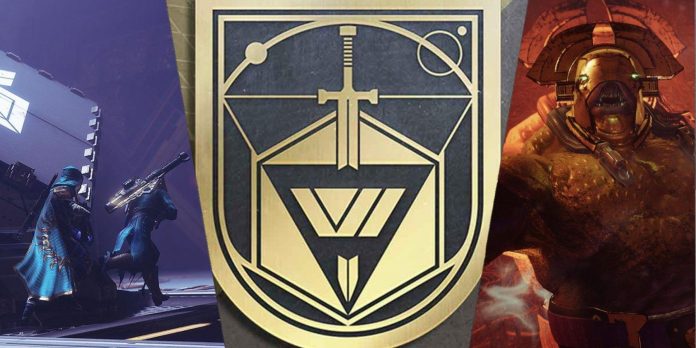 Destiny 2‘s Season of the Haunted offers players another shot at obtaining or gilding the Conqueror Seal, which is associated with completing one of the hardest PvE activities in the game — Grandmaster Nightfall Strikes.

Unlocking the Conqueror Seal and its corresponding title is not as straightforward as completing Grandmaster Nightfalls the first time around, as there are multiple requirements in place.

This guide explains how Destiny 2 players can get their own Seal and title or gild it if they already have it.

How to Gild the Conqueror Seal

Destiny 2 players who have unlocked the Conqueror Seal in the past can gild it during any given Season when Grandmaster Nightfalls become available, and it’s much easier than unlocking it for the first time.

Players will need to complete all Grandmaster Nightfalls available during a single season, and they always amount to six. This is because there are 10 Triumphs total that players need to unlock to obtain the Conqueror Seal, and six of them are associated each with a different GM for that Season.

The guides needed to complete all Destiny 2 GMs in Season of the Haunted can be accessed via the links below:

The remaining four Triumphs will be unlocked permanently when they are first obtained in the game, and there’s no need to fulfil the requirements again.

How to Get the Conqueror Seal – Total Conquest

For those who seek to obtain the Conqueror Seal for the first time, however, completing all six Grandmaster Nightfalls will award players with a seventh Triumph, called Total Conquest.

This is awarded automatically upon completing all six GMs in a Season.

RELATED: A Destiny 2 Sequel May Need to Happen if Bungie Wants Decades of Content

Despite the fact that most Triumphs needed to unlock the Conqueror Seal are directly tied with GM Nightfalls, Lightbearer can be completed in Nightfalls of any difficulty.

This Triumph requires players to score at least 150,000 points in a Nightfall activity, with scores varying based on the difficulty of the Nightfall, number of kills, and number of assists.

Directly defeating Champions, mini-bosses, and bosses awards the most points, and GM Nightfalls award the highest point multiplier overall. As such, Destiny 2 players will generally complete the Lightbearer Triumph with a single GM Nightfall run or may have completed it already.

Much like Lightbearer, Breaker of Champions doesn’t require players to exclusively run GM Nightfalls to unlock it, as it can be completed in any Nightfall difficulty.

However, unlike Lightbearer, this Triumph does require multiple runs to fully unlock, as players are tasked with defeating 100 Champions across all Nightfall difficulties.

Generally speaking, a single GM will feature at least 10-to-15 Champions if players are defeating all enemies, meaning that completing all GMs in Season of the Haunted may not fully unlock Breaker of Champions.

Still, running regular Nightfalls will contribute to the goal.

This Triumph can be the hardest to unlock for Destiny 2 players, as it requires completing a GM Nightfall with all four subclasses in the game, meaning Arc, Void, Solar, and Stasis.

For Hunters, the best setups to do this are as follows:

Arc – Middle tree Arcstrider allows Hunters to deflect projectiles with their Super, making it not too bad for GM Nightfalls, even if Arc 3.0 has not been released yet. Exotics like Raiju’s Harness are best used with the Super itself to make it more viable, but for general play, it’s best to pair this setup with Assassin’s Cowl to have some form of invisibility, which is very good in GMs. Void – Void Hunters should focus on invisibility through Exotics like Omnioculus and Graviton Forfeit, which are great for GMs because they allow players to scout the battlefield and deal with targets at their own pace. Solar – Solar Hunters have a great damage Super in the form of Blade Barrage, which they should enhance with Star-Eater Scales for huge damage against bosses. This helps one-phasing GM bosses and rapidly defeat mini-bosses or Champions. Stasis – The best Stasis build to run right now is one with Mask of Bakris and Stormchaser, which can combine to allow for immense single-target damage against bosses and other priority targets. A good Exotic weapon to use is Ager’s Scepter, which in Season of the Haunted can stun Overload Champions and its catalyst can be used to deal with Barrier Champions.

For Titans, the best setups are as follows:

Arc – Middle tree Striker combined with Cuirass of the Falling Star allows Titans to deal insane damage to targets on direct impact, which is incredibly powerful for bursting bosses. This is the best and most viable Arc build across all characters, considering that the Arc 3.0 update will release next Season. Void – Void Titans are best used with Heart of Inmost Light to spam abilities like grenades and Barricades, mostly, with melees often being the way to empower the other two. This is fantastic to use with Ward of Dawn, increasing clear speed and survivability. Solar – The most GM-friendly Solar build for Titans uses Loreley Splendor Helm to dramatically increase survivability, which also frees a slot in terms of seasonal mods that would normally go to Classy Restoration. Revitalizing Blast is a great one to have in its place, and it’s also cheaper. Stasis – Although not the easiest build to play in Destiny 2, Stasis Titans have access to an incredible damage build that combines the Edge of Action Exotic glaive with the Behemoth’s Super to shatter Stasis crystals inside the glaive’s mini-bubble. This causes insane damage to bosses, and it can be used to burst down any major target in GM.

For Warlocks, the best setups are as follows:

Arc – Middle tree Stormcaller with Geomag Stabilizers is still the go-to Arc setup for Warlocks until the Arc 3.0 launches, as it allows for easy damage and add clearing potential. This is especially useful in easier GMs where standing still while using Chaos Reach doesn’t mean players will be killed on the spot. Void – The best Void build for Warlocks all around is one with Contraverse Hold and Vortex Grenades, combined with the Echo of Undermining Aspect. This allows for frequent grenade uptime, constant debuffs on enemies, and good single-target damage. Solar – Solar Warlocks should use Well of Radiance combined with either Starfire Protocol for grenade spam or Phoenix Protocol for more frequent Supers, as this is still one of the best Supers in the game. Stasis – Stasis Warlocks have access to the recently added Osmiomancy Exotic gloves, which can be paired with multiple copies of the Firepower mod and the Bleak Watcher Aspect to create near-endless Stasis turrets. This is a great build for crowd control, and it’s thus very valuable in GMs.

Once players complete a GM while using a subclass of each element in Destiny 2, they will unlock the Conqueror’s Discipline Triumph. It’s worth noting that this Triumph can be completed across all classes and all in the same GM Nightfall, meaning that players do have some control over how to achieve this.

When all ten Triumphs are completed, players will finally obtain the Conqueror Seal and its associated in-game title.

House Of The Dragon, Spin-Off Of Game Of Thrones, Finishes Filming