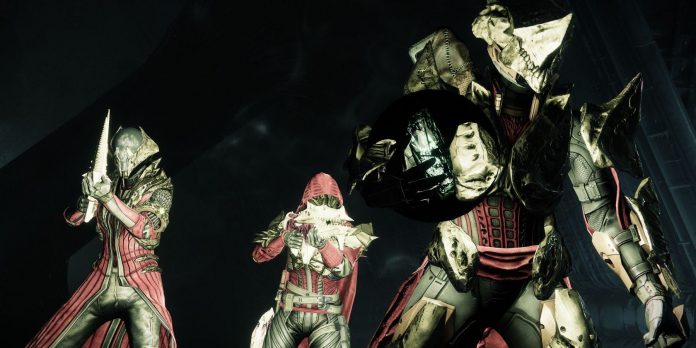 How to Find Secret Chests in King’s Fall Chest # 2: A chest in the basement of Golgorot # 3: A puzzle with plunger jumps

When it comes to raids in Destiny 2, most of the loot that players pursue comes from the chests that appear after the successful completion of the battle. But in every raid Bungie always hides a few extra chests throughout the activity. These hidden chests are a good way for players to get an extra chance to get the best privileges for raid weapons, as well as a chance to get a weapon with a red frame.

In some raids, finding all these secret chests is part of the Triumph (the equivalent of Achievements in Destiny 2, which will provide cosmetic rewards such as shaders. This guide explains how players can find these secret chests.

How to Find Secret Chests in King’s Fall

The first chest can be found in the jumping puzzles section before colliding with totems. Towards the end of the first jumping puzzle, Destiny 2 players will come across a large wall. If they look closely, the players will see a diagonal ledge at the wall that rises up. As soon as the ship the players are on is close enough, they will be able to jump onto the ledge and carefully climb up the platform. Next to the top there will be a small niche with a door inside.

To open the door, two players will have to stand on the tiles that are at the exit of the jumping puzzle. The door will open and remain open while two players are standing on plates. On the other side of the door, Destiny 2 players will find a small ledge with a chest. Instead of two players holding the door open, two other players should take their place. Then these two players will ride the ship back to the ledge, climb up to the door, and then pass to pick up their loot.

The second chest can be found immediately after meeting the War Priest in the maze leading to the next boss, Golgorot. However, the chest will only appear if Destiny 2 players find the plates and stand on them in the correct order. The plates and their location are as follows.

At the beginning of the maze, one player must pass to the right. Eventually they come across a dead end and a small niche to their right, where the first sign is located. The second sign is located in the corridor to the left of the exit from the maze. At the end of the corridor, the designated player must turn left and he will see a sign. The third tablet can be found in the left corridor near the entrance to the maze. The fourth plate is located at the end of the middle left corridor of the maze. Players must look for a hole in the top of the wall that will allow them to bypass a blocked door that stands in their way. Carefully jump down and move to the plate, which will be right ahead. The fifth and last sign can be found at the end of the corridor to the right of the exit.

After a player appears on all the plates, they must all stand on them in the order indicated above. If the plates are stepped on in the correct order, the chest will appear in the middle of the corridor of the maze. Moving towards the tiles, Destiny 2 players must beware of giant holes in the ground.

The third chest can be found in the last section of the jumping puzzle, which is right in front of the Daughters of Oryx. At the first plate, which you need to stand on to open the door from the last section of the puzzle, players must look to the right. If they pull up their Ghost and get closer, Destiny 2 players will see a row of stone platforms floating in the air. As long as they are invisible without a Ghost, there are platforms. Using their Ghost, players must make their way to a series of invisible platforms.

Sometimes players will need to jump onto small (but visible) ledges along the pillar and wall to get to the next invisible platform. Eventually, they will come across a doorway leading to the room where the chest is located. At the same time, players will find all three secret chests that are part of the Triumph of the King’s Ransom. There is also a chest from which a guaranteed Deep Gaze Weapon drops out.

How did Raimi’s First Superhero Movie Come About Because He Couldn’t...