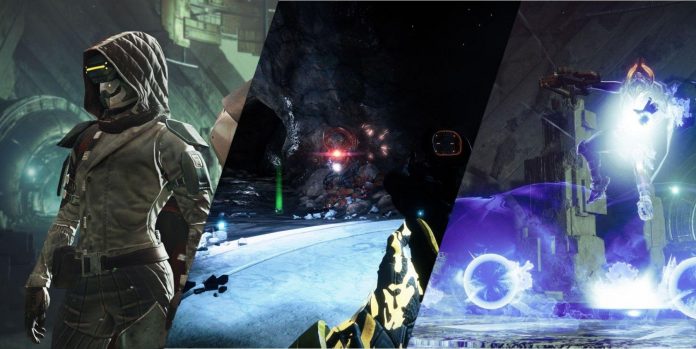 The season of Ghosts in Destiny 2 officially began in the seventh week: there are two weeks left before the release of the Solstice event this year and only six weeks before the launch of the 18th season. Grandmaster Nightfall Strikes also returned to Destiny 2 after a typical hiatus at the beginning of each season to give players enough time to farm to get better gear and power-ups to handle this endgame mode.

There is a new rotation that includes six Shadowy Grandmaster raids in each season, and in the “Ghosts” season there is an older Strike in the form of the Terminus of Epiphany.

There are several Destiny 2 weapons that can be used in GM Nightfalls in Season of the Haunted, but it is important to distinguish them from what forms the basis of the build, namely subclasses, Aspects, Fragments, Exotics and mods. This section will review the best builds to use in Insight Terminus for Season of the Haunted.

Since Insight Terminus has Void Acute Burn as a modifier, it will be useful for most classes to switch to their Void subclasses. Destiny 2 hunters must focus on staying invisible, controlling the battlefield and keeping an eye on the main enemies to defeat them.

With Void 3.0, the best ways to play as a Hunter are builds with Omnioculus or Graviton Forfeit, with the former more focused on support, and the latter is a great all—rounder who has almost no problems with survival.

The Abyss 3.0 build should be done with a Catcher’s Ambush and a Vanishing Step for any Exotic, with an Omnioculus prioritizing Mobility and Resilience, with a burst of Discipline and Strength. Graviton Forfeit should be more focused on first maximizing resilience and strength, then maximizing mobility and finally discipline.

A variant of this build replaces the Exotic with Aeon Streaker to give the team special and heavy ammunition when using finishers, which works best with the Echo of Darkness.

Destiny 2 Titans can offer greater survivability for the entire team with Ward of Dawn and spam abilities with Hearth of Inmost Light, allowing them to create multiple barricades to provide the team with Overshields. This build is good with high Discipline and Resilience.

Ursa Furiosa is also useful for providing defensive and offensive support with Banner Shield, although Insight Terminus is the perfect GM to use Ward of Dawn instead. The Saint-14 helmet is also a good option, especially for a room with a boss.

Destiny 2 Warlocks have the most options in Insight Terminus, as they can choose Stasis for crowd control, Void for debuffs and survival, and Solar Energy for support and survival.

Stasis is built with exotic Osmiomancy gloves, and the Grim Observer Aspect will allow warlocks to freeze several enemies in any room in a chain, which is extremely important for controlling the battlefield in dangerous situations.

This build should focus on Discipline and Firepower modifications to minimize grenade recovery time, ultimately focusing on durability and recovery.

Void 3.0 Warlocks can use Contraverse Hold for more powerful grenades that recharge faster, weakening enemies in the area with Echo of Undermining. This build should prioritize sustainability, discipline, and recovery.

Finally, Solar 3.0 warlocks can also go down the support path and use Well of Radiance to constantly heal allies and themselves, with the best exotics being Phoenix Protocol for more frequent Supers and Starfire Protocol for spam grenades.

Since GM’s Shadow Raids tend to be unforgiving when Destiny 2 players make mistakes, it’s important to always have enough ammo to deal with champions and various enemies with names that will appear in every action.

Generally speaking, it’s also a good idea to have two copies of the seasonal Armor of the Dying Star mod on this breastplate due to the high Void damage of Insight Terminus.

In the first part of Insight Terminus GM, players must jump on their Sparrows and run into the cave on the right. Continuing along the way, you will find yourself in a grotto where there are several Vex enemies, including a Minotaur protected by the Void, and two Barrier champions.

This room is pretty easy to get through with a full team, and it can be even easier if one person in the team uses Witherhoard to quickly and efficiently clear mobs. The Barrier Champions and the Minotaur should be a priority.