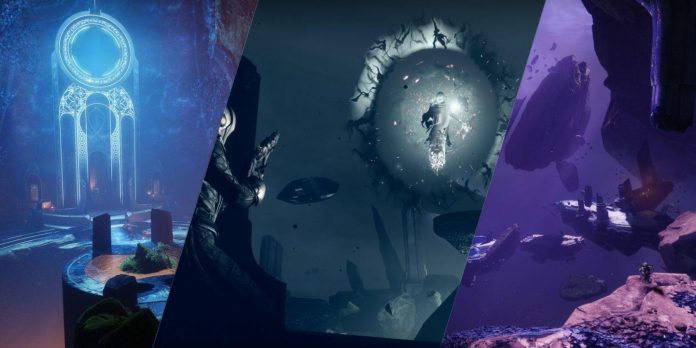 Now Destiny 2 players can once again get access to grandmaster twilight raids in the “Ghosts” season, which features a new rotation compared to the “Resurrected” season. GM can be performed in any order, provided that the players have not yet taken on a specific grandmaster in the current season. The first grandmaster in Destiny 2 was the Proving Ground, and then during the remaining weeks of season 17, the rotation continues from Insight Terminus to the arms dealer.

Since The Corrupted is a long GM with a lot of dangerous encounters, Destiny 2 Hunters are best built around the Void and invisibility subclasses, with an emphasis on Omnioculus and Graviton Forfeit.

Alternatively, in the case of the presence of several Abyss Hunters, you can launch the exotic Aeon Swift to give allies special and heavy ammunition, as well as use finishing blows on elite enemies or mini-bosses. This goes hand in hand with Echo of Obscurity.

Destiny 2 Titans must use Void gear to focus on spamming abilities with Heart of Inmost Light, which helps destroy enemies and replenish super energy to use Ward of Dawn as often as possible.

An alternative is to use Helm of Saint-14 for more difficult encounters, such as the boss room in the first part, or use an Exotic, such as Ursa Furiosa, to complete the Banner Shield route.

Destiny 2 Warlocks have fewer options in this particular GM because the most useful combination would be Dawnblade plus Well of Radiance to increase survivability.

This works best with the Starfire protocol for grenade spam or the Phoenix protocol for more frequent use of Super across the board.

The beginning of the strike

Immediately after loading, Destiny 2 players will meet the Overload Champion who appeared in front of them. This champion must be stunned and then defeated as soon as possible so that players can then move to the right side of the map to stay safe.

Players must first defeat Scorn and Taken, then focus on the champions and leave the mini-boss for last so that he does not die before all the Overload champions appear, which may cost platinum rank for rewards at the end.

Players will then proceed to the elevator, where they will have to defeat a pair of Possessed Psions to clear the room before activating the console.

It is important to pick up the relics on both sides of the elevator and launch them to another player, charging them. Destiny 2 players will then need to activate the console and defeat the add-ons appearing on the other side of the elevator.

Then three Taken mini-bosses will appear and they will be immune to damage unless their shields break by hitting them with charged relics.

Once all the enemies are dead, players will have to quickly repeat the process of transferring the relics to other Guardians, as another wave of enemies will appear.

It is useful to defeat all mobs before throwing the relic at protected mini-bosses, because the relic can automatically target enemies that are not protected, thus wasting a charge.

Exiting the elevator, Destiny 2 players will find an Unstoppable Champion at the top of the stairs ahead, as well as several Hive enemies and two knights with an arc shield.

Destroying the champion first will cause the remaining addas to retreat to the temple so that players can safely destroy the Squealer in another room and then defeat the remaining enemies before continuing.

Players must then move along a path where they will find a total of two unstoppable champions, three screamers and several knights. The best way to avoid dangerous collisions is to isolate the champions, kill them, then clear the way from the knights and fight the screamers.

The next encounter is one of the hardest to Hit, because players will be teleported to the same room on the Ascending Plane, and each version of the room has a mini Ogre boss and several Void—shielded, Energy-protected and Sunscreen additives.