Home Entertainment Destiny 2: How to Complete Cryptic Quatrains Quests 1, 2 and 3 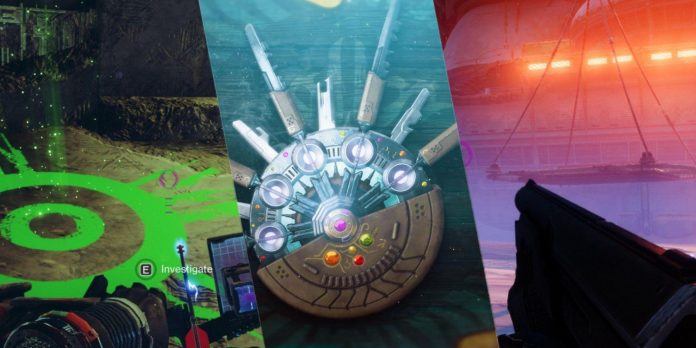 The Destiny 2 heist season was accompanied by a lot of new actions, weapons for farming and secrets to be revealed during the three-month cycle. The number of things to keep track of in Season of Plunder can be staggering for some players, especially due to the new seasonal currencies and Cryptic Quatrains quests.

They are available only after receiving additional ranks from the seasonal seller, the Star Card. This guide explains how to get and complete the Mysterious Quatrains 1, 2 and 3 in Destiny 2.

How to complete the mysterious quatrains 1

Starting from the 7th rank in the star map, Destiny 2 players will be able to unlock the first of the three parts of the quest chain “Mysterious Quatrains”. This can be done simply by playing Season of Plunder tasks, for each completion of which intelligence points are awarded to increase the level of the seller.

After unlocking, you need to complete several steps to complete the Cryptic Quatrains quest 1. The first thing to do is to go to the Moon, namely to the Harbor of Sorrow.

Here is the lost sector of K1 Revelation, not far from the place of rebirth in the Harbor of Sorrow.

Players will need to enter the Lost Sector and clear it, which can be done at a normal difficulty level without any requirements as to whether it is a Legend or Master version.

Once the boss is defeated and Destiny 2 players open the chest at the end, the quest will automatically update to the next step.

For the third step, players will need to go to the spaceport from the Directions tab and launch Fallen S.A.B.E.R. Strike.

At the end of the Strike, the quest “Mysterious Quatrains 1” will be updated with the fourth and final step.

Players will need to travel to Europe and go to the ruins of the evening days.

Then Destiny 2 players must travel north of the rebirth site in the ruins of the Evening Days, and behind the ice rock there will be a buried treasure marked with the same symbol as during the expedition in the robbery season.

This will complete the Cryptic Quatrains 1 quest by rewarding players with a random weapon or armor from Season of Plunder and a quest item called Crude Cipher Fragment.

How to complete the mysterious Quatrains 2

Again, the first step for Cryptic Quatrains 2 will be to complete the Lost Sector. This time, players need to go to the City of Dreams, in particular, to the checkpoint of the Diwali Fog, and then go to the Lost Sector of the Bay of Drowned Desires.

Once the Lost Sector is completed, opening the last chest will update the quest to the next step.

Destiny 2 players will need to go to the EMZ on the “Destination” tab, and then select the “Lake of Shadows” raid, which must be performed next.

Once the Shadow Lake boss is defeated, players will move on to the next part of the quest.

This time, the requirement is to launch the “Expedition” from the “Plunder” season once, but the caveat is that players must have an equipped sword so that the quest can be completed at the end of the action.

However, it is not necessary to defeat enemies in the expedition with a sword.

When the action is completed, the Cryptic Quatrains 2 quest will move on to the next step.

Now Destiny 2 players need to go to Ness and use a waypoint called the Cistern.

From there, players must cross the Radiolaria Lake and enter the cistern by jumping onto the rocks ahead.

Immediately inside the tank, players will see a marked place on the ground that they must explore. This will update the quest to the next step.

Then players will have to get out of the tank and go from there to the northwest to the place where a public event in the area usually begins. There players will find the buried treasure from Cryptic Quatrains 2.

Collecting treasures will complete the quest, and the reward will be two random items from the weapons and armor of Season of Plunder, as well as another fragment of a rough cipher.

How to complete the mysterious quatrains 3

To get Cryptic Quatrains 3 from the star map, Destiny 2 players must reach the 16th rank from the seller, which requires several actions.

The fastest way to do this is to run Master Ketchcrash in Season of Plunder multiple times, as it gives the most progress.

The first step, when the quest is active, requires players to go to the EMZ and launch the waypoint of the Sunken Islands. From there, players will need to go to the Lost Sector of the Quarry and complete it.