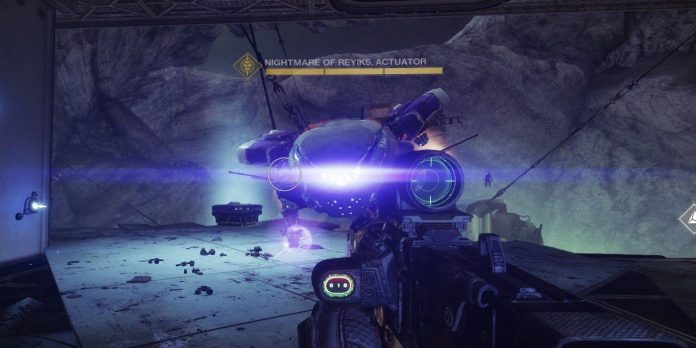 The lost sector of K1 Crew Quarters in Destiny 2 can be one of the most difficult tasks at the Legend or Master difficulty level due to the abundance of Fallen enemies. The guards must be on the alert, because there are a lot of strong opponents inside. Equipment will be blocked, so players should prepare the appropriate equipment in advance. The lost sector K1 Crew Quarters is located in the Hellmouth area on the Moon.

As part of the task, the Guards will meet with several champions of the Barrier and Overload. Having weapons to fight these enemies is paramount to success. Currently, in season 17, the Piercing Personal Weapon mod is still disabled, making pulse rifles the only barrier defense option. Alternatively, the exotic Arbalest Linear Fusion Rifle is excellent in this Lost Sector because it inherently has anti-barrier abilities. There is also an arc burn in action, which increases the arc damage dealt and received by 50%. The new Linear Fusion Rifle Stormchaser in Destiny 2 benefits greatly from this effect and is great for destroying enemies from a distance. Guardians can use a submachine gun or an automatic rifle to stun the overload champion and quickly switch to arc weapons, dealing massive damage. However, these powerful enemies are not the only threat the Guardians will face in the Lost Sector.

Both at the “Legend” difficulty level and at the “Master” level, there is a “Hot Knife” modifier that gives all the Shanks a solar shield. They can pose a serious danger in the Lost Sector, and players should eliminate them as soon as possible. Those who use a Crossbow will have no problems, but others can use Solar abilities. Master Lost Sector adds a depletion modifier that greatly impairs regeneration, but when defeating enemies there is a chance to create healing wells of Light. The use of recovery with one of the new Solar 3.0 Destiny 2 subclasses effectively counteracts this modifier.

Immediately after entering the K1 crew quarters in Destiny 2, players will encounter several overload champions, as well as Dregs and Vandals. To minimize the chance of death, Guardians must stun strong opponents and destroy weaker units. Hidden behind a pair of shanks with a solar screen are the fuse shanks. Along with the barrier champion, the next open area contains the same enemies as the entrance. The guards should pay attention to the right side of the map, because a pair of hard-hitting shanks will appear. In addition to these two opponents, there will be a group of Shanks on the hill. As long as they are not alarmed, players must use sun damage to disable them quickly. Finally, the Keepers will have to face a giant Shank. There will be a large number of enemies, and at certain thresholds of boss health, more will appear. Access to the chest will complete the lost sector in Destiny 2.

Versions of Legend and Master K1 Crew Quarters can be difficult to pass without proper setup. The activity is longer than in many other Lost Sectors, and is teeming with the Fallen. Sometimes these enemies can be difficult to kill because they are extremely mobile and hit hard. This Lost Sector is not one in which players can race to the end. Although Guardians are timed and have limited respawn, tactical advancement is the best way to succeed.

Superman: Zack Snyder Reveals The Mythical Villain Of His Hypothetical