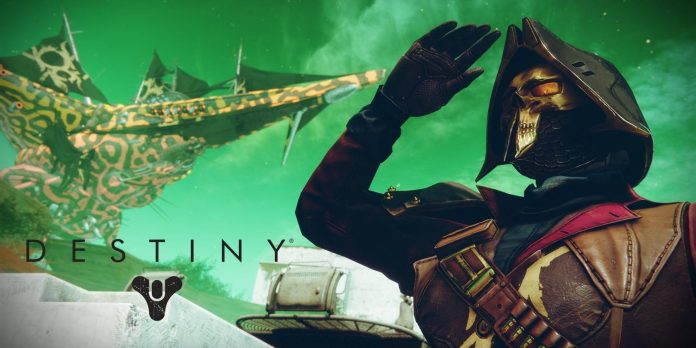 As Bungie showed during the Destiny 2 demo, Season 18 will add a pirate theme to the popular online shooter. Teaming up with characters such as Mitrax, the Wanderer and the Spider, players will fight with Eramis, released from her icy prison on Europa. Along with sci-fi pirate-themed cosmetics and weapons resembling traditional weapons such as the blunderbuss, players will also take part in missions where they need to destroy pirate lords, hunt for treasure or raid enemy ships.

However, getting to this point has not always been smooth. As has happened in the past, content for both Season of Plunder and the upcoming Lightfall expansion started leaking a little earlier. After the launch of the 18th season, the game also had several unpleasant crashes, including various bugs that caused players to be locked behind a closed door in the Ketchcrash quest, blocking seasonal progress after completing the boss battle Rescue and Rescue, as well as seasonal triumphs, does not progress as expected.

However, many Destiny 2 players have encountered the problem of the Captain’s Atlas quest item after the introductory season mission. Fortunately, a fix has been found until a more official patch can fully resolve it.

Given the pirate themed season, players will collect an atlas and map fragments to find treasures and plan trips. As players have experienced in past seasons, going to a central location on H.E.L.M. called “Star Map” has rewards for season 18 rank, unlocks weapons and armor, rewards, and a way to improve the pirate team after weekly story missions.

The Captain’s Atlas is one of the first unlocked quest items, as it is a key item of the Robbery Season, which uses map fragments from the Ketchcrash task, as well as the coordinates of treasures from various activities, such as public events, the Crucible, and others.

Unfortunately, there is a bug in Destiny 2 that currently prevents players from picking up the Captain’s Atlas, which effectively stops any further seasonal progress given how important this item is. What many have seen is a situation where they go to pick it up on the Star Map and the item pops up as if it was purchased. When viewing the Quests tab, the Atlas may not display as expected.

As unpleasant as it may be, there are currently several solutions to eliminate this error related to Season of Plunder. Although Bungie has identified the problem on its board of known issues, the company mentions that this error can occur if the player’s quest menu is full. In this case, players are advised to clear the quest inventory, and then pick up the captain’s atlas from the postmaster.

However, there are cases when the player may have free space in the inventory, and the item still does not work. At this stage, it is also recommended to exit the menu and go directly to the Postmaster’s area in H.E.L.M. as players have found an item listed as a “Lost Item”. Picking it up from here, the Captain’s Atlas is activated and placed on the Quest Inventory screen, as expected.

How Kim Kardashian and Pete Davidson Are Reportedly Mending Their Relationship...