Home Entertainment Despite Rumors to The Contrary, Disney Probably Isn’t Trying to Restrict Your... 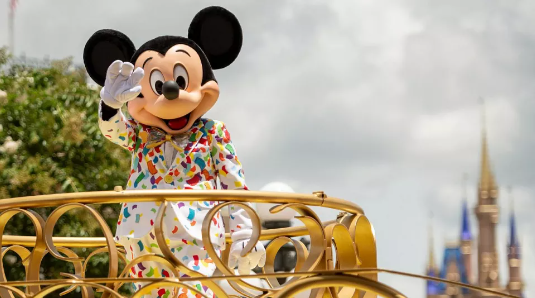 Walt Disney World has a large size, which is great because it’s a huge massive place full of all kinds of amazing things. However, it’s no secret that because Disney World is so big, it’s not always easy to get around it. There are buses that go almost everywhere, but sometimes it takes more than one bus to get to where you really want to get to, and sometimes you have to wait for them for a long time. If you have a car, you can always drive yourself, but this week there were rumors that even this has become more difficult, as the resort has reportedly introduced a new rule prohibiting non-guests from parking in hotels. This is not quite true.

Earlier this week, it was reported in several places that Disney World had introduced a new rule prohibiting anyone from parking in the parking lot of a Walt Disney Hotel unless they had a room or table reserved at a restaurant in the hotel. Everyone else, including those who make mobile food orders or those who want to visit a place nearby, will be refused.

It has been reported that many hotels with easy access to theme parks, such as the Contemporary Resort on the Magic Kingdom monorail line, have had similar rules in place for some time. However, it was now claimed that every hotel on the territory behaves the same. It turns out that the truth is actually a little more complicated.

What is the actual parking policy of Disney World hotels

I asked a Walt Disney World representative about this proposed new rule, and was told that there is now and never has been any Disney World policy or rule prohibiting certain guests from parking in hotel parking lots. Rather, each resort analyzes its parking situation, sometimes daily, and decides how it wants to handle it.

So a hotel like the recently renovated Contemporary Hotel, which may face a large flow of theme park visitors who want to try to avoid the busy ticket and transportation center, may decide to restrict parking for those who have booked a room, but there is no requirement that they or any other hotel does this.

Although, on the one hand, this is good news, since it means that you are not necessarily prevented from going to Polynesia for a rum-soaked Dole Whip, it also adds a bit of complexity. The fact is that from day to day you won’t necessarily know how things are, so you may not have a problem visiting your favorite hotel service desk one day, but then you can the next day.

It is quite possible that every hotel on the territory of Disney World right now limits its parking for guests with reservations for the simple reason that the holiday season is one of the busiest times of the year. But things will slow down, albeit a little, and when they slow down, things should relax.

While there will certainly be people who want to use some hotels as theme park parking or otherwise abuse things, there are as many if not more people who visit the hotel because there’s great food or a particularly good bar. It seems unlikely that Disneyland actually wants to reject these people and their money, but there should be enough space for them.