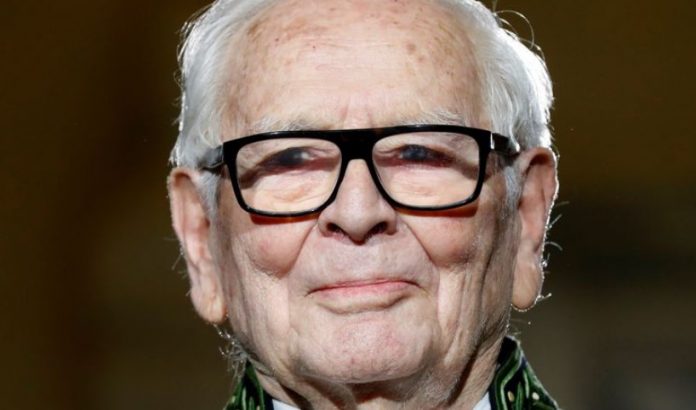 Pierre Cardin was laid to rest. The Italian-born Frenchman became famous in the fashion world as one of the first exponents of haute couture. At the end of December, the French designer’s family announced that the fashion designer died at the age of 98 . A good week later, Pierre was buried in Paris – with a special grave offering.

As the French news agency AFP reported, the deceased was buried on Saturday in the Montmartre cemetery next to his long-term partner André Olivier. The funeral is said to have taken place with the family. According to the press release, a sword designed by Pierre was added to the coffin , which is adorned with numerous sewing utensils. That was the artist’s wish.

After the news of Cardin’s death became public, numerous fans and companions had spoken. Including star designer Jean Paul Gaultier (68): “Thank you Monsieur Cardin for opening the doors to the world of fashion for me and for making my dream possible!” the Frenchman wrote about a photo of the two entrepreneurs together.