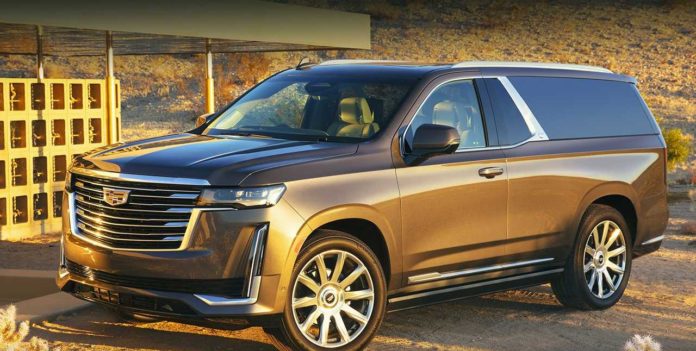 Cadillac, one of the important car manufacturers in the USA, is known for its big SUV model Escalade as well as its classic vehicles. Cadillac Escalade exits the factory as a four-door, but a designer has designed a two-door version of this vehicle. Let’s take a closer look at this design.

From time to time, we encounter two-door versions of cars with four doors as standard, and this change gives cars a more sporty look than some people. So is the same for SUV vehicles? A designer who asked this question designed a two-door version of Cadillac Escalade.

This change, which we have previously seen in the Ford Explorer Coupe, Range Rover and Jeep Cherokee Coupe, has been criticized by many car enthusiasts as “unusable and unnecessary”. Similar comments can be made for the Cadillac Escalade, but first let’s take a look at the details of the design.

Here is the two-door version of Cadillac Escalade:
The image shared on the X-Tomi Design Facebook page, “What would Cadillac Escalade be like if it had two doors?” answers the question. Cadillac Escalade, which looks like it has extended towards the back with the removal of the doors, may present some problems regarding its usefulness.

Of course, it is worth noting that this is just a design. Cadillac, which recently announced the 2021 model Escalade, added innovations without breaking the design line of the vehicle and turned Escalade into a technology base. Therefore, we can say that the company does not have such a car plan. You can share your opinions about this design prepared for luxury SUV with us in the comments section.