Could red be more interesting than the orange used in Bitcoin (BTC) logo design? Could the ‘B’ being slightly rightward makes it actually more annoying than cool? What is the story of a logo worked on using a ready-made font? A lot of questions can be reached when brainstorming the logo of Bitcoin, the leading cryptocurrency that breathes new life into the internet world. The truth of the matter is hidden in the technical details formulated with a very symbolist approach.

Bitcoin technology was announced to the world by the founder Satoshi Nakamoto in 2008, in an article popularly known as white paper. Developed as an open source software, the technology continues to be improved and strengthened over the years with the support of various developers around the world. However, the only thing that has developed and changed since the birth of technology was not only the Bitcoin technology itself.

With the technology at its roots, there was another detail that was constantly leveling up: Bitcoin’s logo. Bitcoin is a technology that has a very interesting technology background. For this reason, it will not be wrong to guess that the adventure of the Bitcoin logo taking its current form is not boring.

Satoshi Nakamoto was the first person to design the logo for Bitcoin. In 2010, when the technology was still alone, the logo, which resembles a coin and was designed with the letters “BC” in the middle, was later retouched by Nakamoto.

In the middle of this new logo, which resembles a coin or perhaps gold, was the letter B with lines on the top and bottom instead of the letters BC. After this stage, the logo was brought to its present form through a person named “bitboy”, whose identity is still unknown.

The present form of the logo was designed by bitboy, under the leadership of Phil Wilson, with various mathematical instructions, according to his own expression. Even though the design stages after the work of the duo turned green in the artificial light of the cubism movement, a very minimalist Bitcoin logo emerged after the finished design. Wilson’s instructions included such formulas that Wilson was able to convey a message even with the curvature of the letter B.

The Bitcoin logo, which was settled after these steps, did not change again. The logo was launched by both Satoshi Nakamoto and bitboy on the platform called Bitcointalk, an online Bitcoin community. Although different comments were received by other users for the logos, one of the criteria that made the logo change was the feedback from the community.

Ultimately, since there is no authority, law, or president in Bitcoin technology, it could not be more natural than developments taking shape around the opinions of members in the community.

Satoshi Nakamoto himself designed the first Bitcoin logo and used a blockchain application named Bitcoin Core as its icon. The initial logo looked like a coin or gold coin and bore a BC emblem inside. Of course, it was not possible to see the traces of “flat design”, which has not yet become widespread in the technology world, in this logo.

Discussions on the search for an icon for Bitcoin started in February 2010 at the Bitcointalk forum, the platform for the translation used by Bitcoin users as a community. A user named NewLibertyStandard opened a new discussion on the platform and suggested using Thailand’s currency, baht (฿), for the Bitcoin token. The user also offered BTC to be the official currency code. While a positive consensus was reached for BTC, the community did not agree for a token currently in use for Bitcoin.

Bitcoin was new, built from scratch, and looked like nothing else. The widespread use of a token used in fiat currencies for such a technology would not be a great improvement for Bitcoin’s reputation. In addition, if this technology grows in the future, the use of the same symbols for two different currencies in the market may cause confusion.

The focus on the ฿ symbol by the community will have affected Satoshi Nakamoto, as Nakamoto introduced the retouched new version of the logo of the technology he invented on February 24, 2010 on the same platform. The logo, which was quite similar to its current version, had a letter B and lines just like the baht symbol. However, Nakamoto duplicated by duplicating the lines and did not want the letter B to be cut from top to bottom. 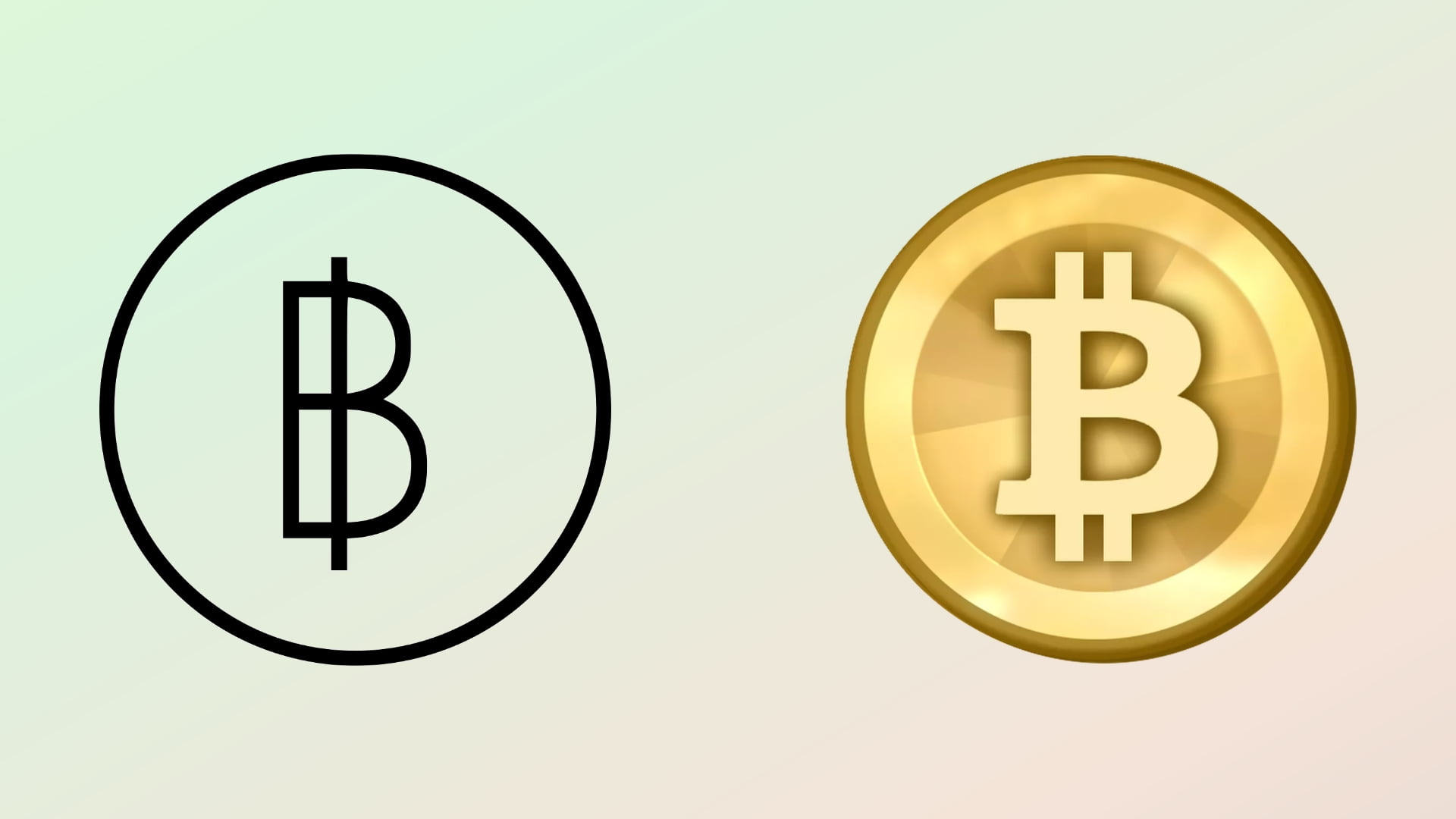 After Nakamoto introduced the new logo on the platform, various opinions started to emerge for the logo. While one user stated that the logo was not professional, another comment from another user came to the answer that Bitcoin has a structure open to development and that ideas that are always better than the previous one will be adopted faster. The design of the new logo introduced by the creator of the technology was the strongest factor that enabled the logo to be adopted.

Everything is mathematical, every formula has a meaning

Months after Nakamoto presented his design to the community, a person named bitboy, who is still unknown, shared the design of the new logo of Bitcoin at the forum. The comments on the logo were very positive.

The new design, which looks quite similar to the old one, had a flatter design and attracted more attention than before with its orange background. Moreover, bitboy, just like Satoshi Nakamoto, shared the logo without any profit and made it available to everyone.

The details of the design of the Bitcoin logo, which took its final shape, were illuminated by Phil Wilson on March 27, 2017, exactly 7 years after the logo was shared. Explaining the whole process in a blog post, Wilson allegedly met with Bitboy himself to design the logo. Getting help from various mathematical formulas during the design of the logo, Wilson was the brain of the work in this process, while Bitboy became the designer who brought the project to life.

Although at first glance it had a simpler design compared to its counterparts, the modern design included various mathematical formulas according to Wilson’s statement. Wilson, who wanted the design to rise above the symbolism beams, detailed the symbols he concealed in each stage of the logo. 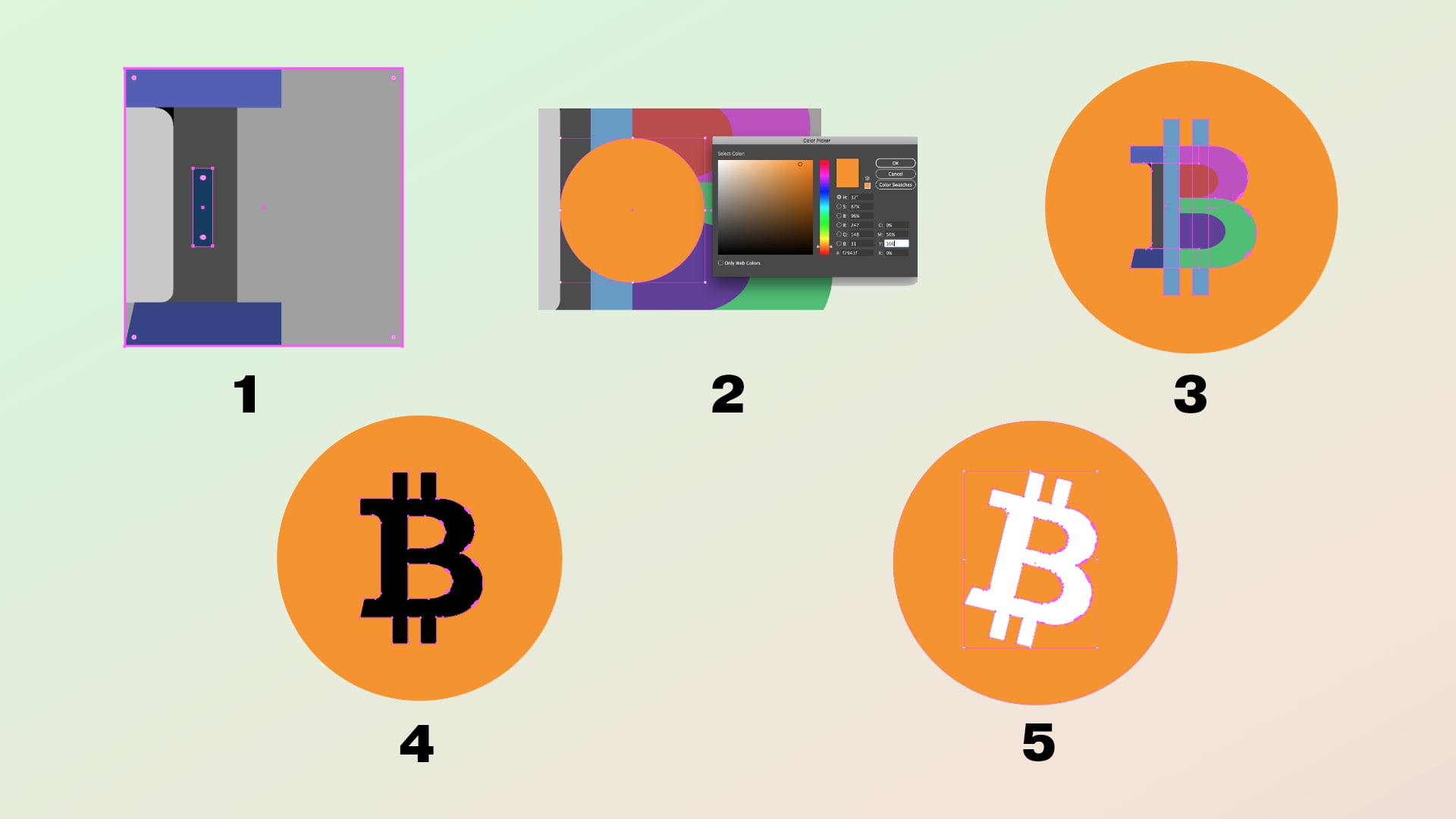 The Bitcoin logo design, which was designed by pushing the limits of symbolism, is still in use today. Aside from the popularity of the logo, a logo that may be new to Bitcoin may need to contain much more technical detail than it currently has in order to replace the one being used.

Scientists Explain the Probability of Extinction of Humanity

Dreams Are Continuation Of Real Life

Sony is leaving Brazil and will close factory in Manaus

Super Junior Postpones The Premiere Of His Video For Sulli