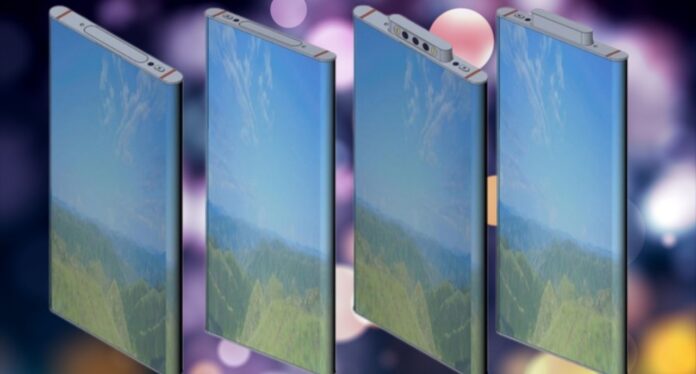 Xiaomi, one of the popular brands in the smartphone market, came up with a new patent. While the foldable screen phone is expected to arrive by Xiaomi in 2021, a patent was shared by TigerMobiles. Xiaomi stands out with its new smartphone patent. Xiaomi is working on a phone with a screen that wraps around the body. There is a pop-up, that is, the opening / closing camera setup in the design of the phone.

It is not yet known whether the phone could be one of the futuristic screen phones of the year 2021, but according to the patent images, the body of the phone will consist entirely of a screen. In addition, the triple pop-up camera setup used in the phone is positioned in the middle of the phone. We do not have any information about the phone. For this reason, when the phone will be released, its name features and all other technical details remain unclear for now.

The phone that the company is expected to introduce in the near future is Xiaomi Mi 11. As far as the phone turned out, it has a large sensor camera. According to unconfirmed reports about the phone; The main camera of the phone will meet the user with a 108 Megapixel Samsung ISOCELL Bright HM3 image sensor. On the battery side, the phone is expected to come out of the box with the Chinese 3C regulator-approved Xiaomi Mi 11 4920 mAh and the Xiaomi Mi 11 Pro 5120 mAh.

A YouTuber Designed Quite Interesting Wheels For Ford F-350 (Video)