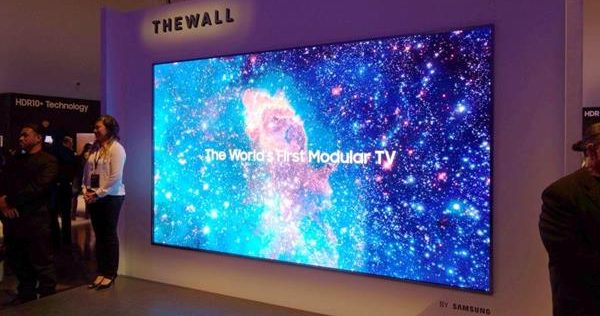 Samsung is expected to introduce a new Smart TV series under the ‘Zero Bezel’ brand at CES 2020 next week. Renderings of the company’s new generation of frameless TVs have emerged.

It is said that Samsung will make a big breakthrough in the CES 2020 by introducing frameless Smart TVs. Finally, the South Korean technology giant, ‘Zero Bezel’ a new brand called the European Union Intellectual Property Office has emerged, and the company’s Twitter account for the CES event strengthened this prospect.

Samsung’s ‘Zero Bezel’ smart televisions called Q900T and Q950T will come with the model number and completely unframed screens will appear before us. Although the company has not yet confirmed the new televisions, concrete evidence has begun to emerge beyond the rumors. Because 4KFilm shared concept design images of zero-frame television.

Samsung’s frameless design will eliminate borders on 65-inch and larger televisions, combining the screen and body. On the other hand, the ‘Zero Bezel’ brand is not limited to smart televisions and is expected to include a wide range of devices, including QLED player monitors. Samsung currently offers a 49-inch QLED player monitor with a 32: 9 ultra-wide aspect ratio and plans to increase the device portfolio in this segment with frameless devices.

Frameless Samsung TVs will look just like a painting hanging on the wall
Samsung has developed a new chip that will offer 8K resolution for its new zero-frame televisions, and the next generation Smart TVs will be priced higher than other 8K televisions.

Of course, the company has not yet announced pricing, release date and size options. So it seems like we have to wait until CES 2020 for now. Considering the screen innovations pioneered by Galaxy smartphones, Samsung seems likely to be able to bring new technologies to their televisions.

From The M1 To The M1 Ultra: See The Specifications Of...