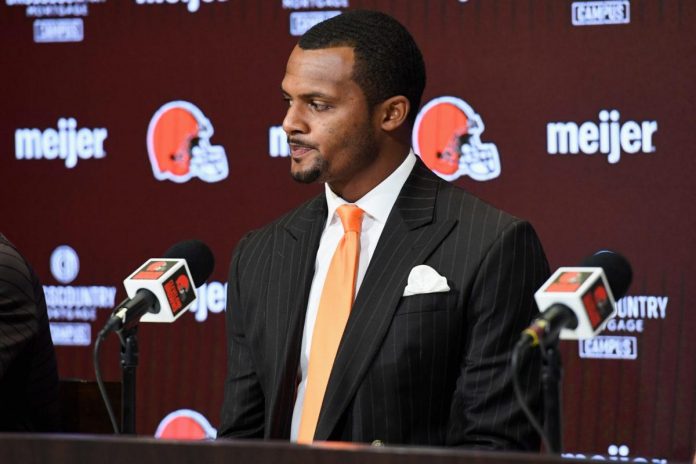 The NFL announced that it has reached an agreement with Deshaun Watson, according to which he will be suspended for the first 11 games of the 2022 season.
After the announcement, Watson declared his innocence. “I have always been able to maintain my innocence and have always said that I have never insulted or disrespected anyone, but at the same time I have to keep moving forward in my life and career,” Watson said.
Over the past few weeks, Watson has maintained his innocence, but has also admitted some wrongdoing, which has left fans confused. His agent, David Mulugeta, intervened in the conversation.
“Deshawn has always claimed to be innocent of sexual assault. “Nothing has changed in what he said. He also said that he repents, the decisions he made created this situation. The settlement agreement allows him to move forward in his life and career.”
Watson also received a $5 million fine from the NFL after two dozen women accused him of sexual harassment over the past two years.
After the settlement of these lawsuits, the NFL made a final decision. Watson will now be eligible to play in Week 13-coincidentally against the Houston Texans.