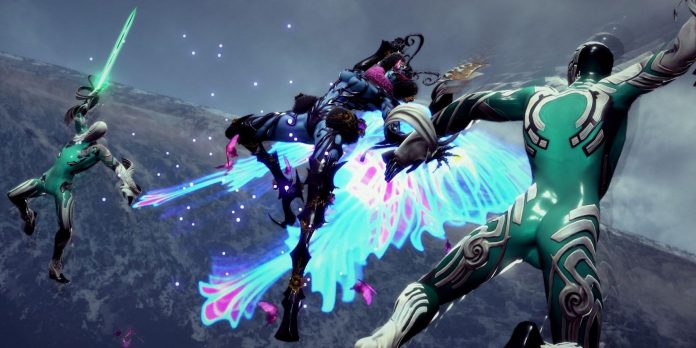 Bayonetta 3 is one of the most anticipated games for the Nintendo Switch this year, and fortunately, fans won’t have to wait long to sink their teeth into it. After appearing on the latest Nintendo Direct, new gameplay footage was provided. To understand the new gameplay elements that await the titled Witch of Umbra, a deeper look is needed.

Bayonetta 3 has at least two playable characters: the main character of the series Bayonetta and the new playable character Viola. Both witches will fight man-made enemies known as homunculi. Unlike previous games that took us to the divine realms and forced players to fight with angels, this entry will mainly focus on the real world, with confirmed locations in Japan and China. The story remains mysterious, but Bayonetta 3 is likely to have a multi-sided narrative. This time, she will face a threat more serious than she has ever faced, and she will need to master new combat skills that raise the stakes.

A Tale of two Witches

This time, Bayonetta will have more direct control over her demons, which will give players a lot of new abilities and opportunities. Unlike the previous installments, in which she used her enchanted hair to summon gorgeous Kaiju-sized demons for special attacks and scenarios, this will become a standard feature in Bayonetta 3. Players can use the “Demon Slave” system to directly control her demons to punish combos and add tact. By summoning her demons, Bayonetta will be vulnerable to attacks that require players to pay even more attention to the insane battles that the series is known for.

Bayonetta 3 also uses the “Demon Masquerade” feature, which seems to be taken from the previously canceled PlatinumGames Scalebound. The “Demon Masquerade” allows Bayonetta to combine form with her demons and gives the player new combos for combat and research opportunities to find each secret treat. In addition, it contributes to a variety of weapons, since each tool in her arsenal will have a unique demon attached to it. However, this time Bayonetta is not the only witch in the game.

Viola’s innovative approach to the Bayonetta combat formula confirms previous reports that the third part will shake up the gameplay, while improving it to new heights. While earlier installments of the series had unlockable characters, Bayonetta 3 surpasses them by providing players with a second playable protagonist. The novice witch Viola enters the battle with a unique fighting style and her own successes. Viola fights with a large katana and uses magic darts to punish enemies from afar. Moreover, she also has her own demon: a giant cat named Cheshire.

While Bayonetta mainly relies on dodging to avoid enemy attacks, Viola chooses a more defensive path, and her slow-motion “Witch Time” is triggered only after successfully blocking an enemy attack. As long as the players summon Viola’s partner Cheshire, they will not be able to use their sword and will fight with their bare hands. With great power comes great responsibility, and this time the players will have to keep an eye on the livelihood of their main characters and favorite demons.

It’s hard to believe that Bayonetta 3 was introduced along with the Nintendo Switch itself, but as the calendar approaches its release, PlatinumGames and Nintendo are steadily supplying fans with new content. The increased depth and personalization in combat thanks to the “Demon Slave” and “Demon Masquerade” features, combined with a brand new playable protagonist, should provide the types of enhancements and changes that every good sequel strives to provide. This time, PlatinumGames has all the power of the Switch and is not limited to Wii U hardware, as was the case with Bayonetta 2. Maximizing its resources on a single platform and spending the necessary time, Bayonetta 3 looks like a stellar continuation of the series that began back in 2009.

Bayonetta 3 is released on October 28, 2022 for the Nintendo Switch.

Genshin Impact Lore: The Seven & Wars of the Archons