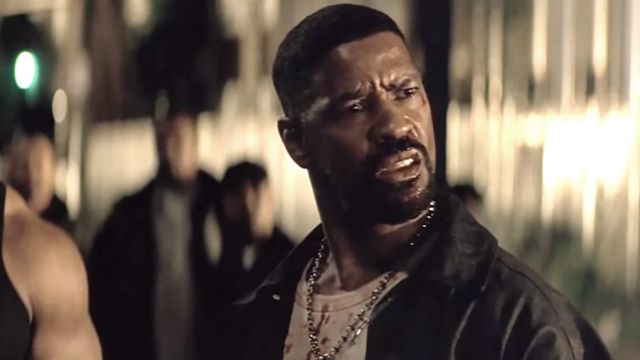 Denzel Washington is an essential Hollywood figure in his 30-year career on the front line. Actor, producer and also director specialized in action and drama films. Denzel Washington was born in New York (1954). The actor has been awarded a Screen Actors Guild Award, a Tony Award and 2 Oscars. One of them for Glory (1989) in the category of best supporting actor and the second Oscar for Training Day (2001) in the category of best leading actor. He also winner of 3 Golden Globes. In 2020, the New York Times described him as the great actor of the 21st century.

We pay tribute by compiling all of his movies ordered from best to worst according to IMDb. And especially with this TOP10.

Platform: Amazon Prime Video, AppleTV, RakutenTV, Google Play Store and Amazon Videos
Duration: 2 hours and 37 minutes
Year 2007
Director: Ridley Scott
IMDb score: 7.8
Starring Denzel Washington and Russell Crowe. In this feature film, Denzel played the role of Frank Lucas, a major drug dealer (specifically, heroin) in the context of the Vietnam War. On the other hand, Russell Crowe (as Richie Roberts in the movie) played the role of a headstrong and steadfast detective hell-bent on bringing down Lucas’s empire. Denzel Washington was nominated for a Golden Globe in the category of best actor (Drama).

Platform: Disney +, AppleTV, RakutenTV, Google Play Store and Amazon Videos
Duration: 1 hour and 53 minutes
Year 2000
Director: Boaz Yakin
IMDb score: 7.8
A feature film in which Denzel Washington plays the role of coach Herman Boone on a football team. Based on real events, the film is set in the early 70s. A troubled time motivated and conditioned by social and racial conflicts. The trigger for this was the order executed by the US federal government to end racial segregation in sports teams and schools. Herman Boone, assumes the gallons of leadership and motivation (but also training) of the team to make it champion but also full of values ​​and free of prejudices.