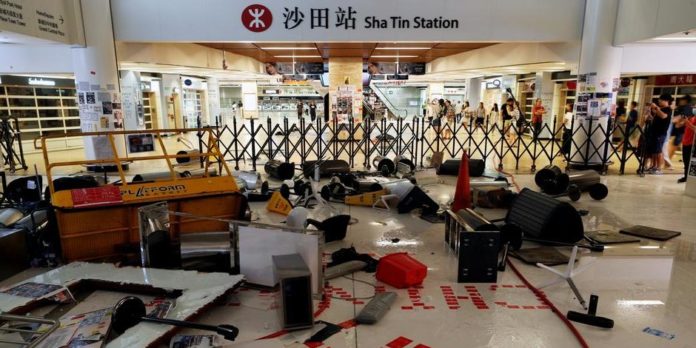 In Hong Kong, anti-government protesters occupied the mall, while a group of activists destroyed the environment at the subway station. Police intervened and prevented the demonstrators from attempting to occupy the airport. 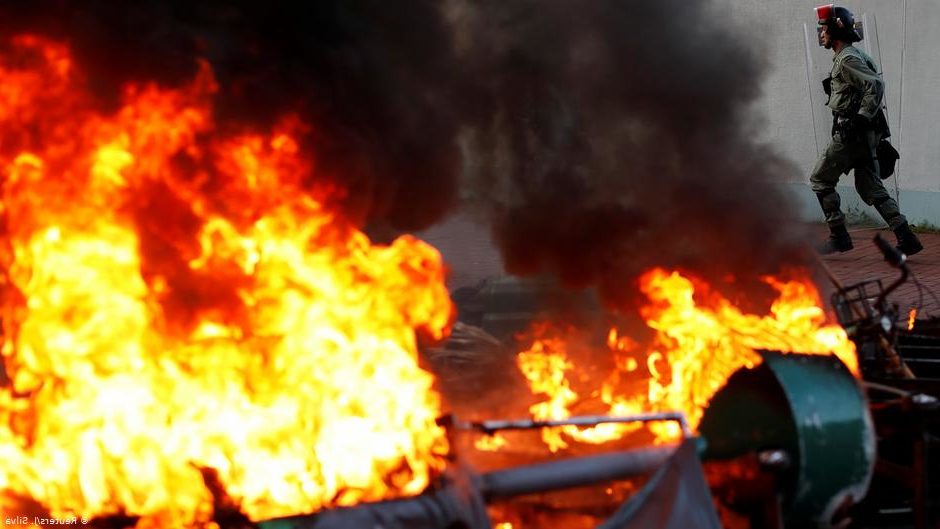 In Hong Kong, where anti-government protests have been going on for four months, demonstrators attacked the environment at a subway station. The police intervened the activists who broke the security cameras and ticket tourniquets with a hammer and there was a conflict between the two sides. Police took precautions around the metro station, which was connected to the entrance of a shopping center. 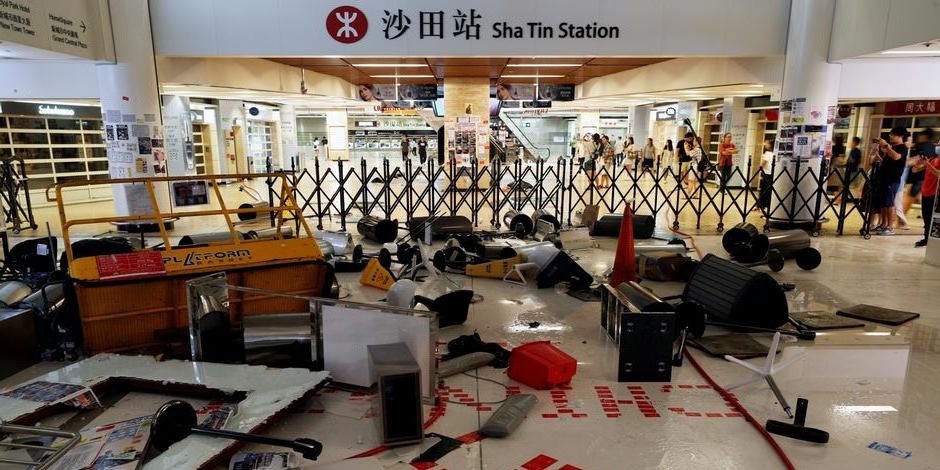 On the other hand, a group of protesters attempted to enter the airport was blocked by the police. Authorities have reduced public transport to the airport to block activists’ access. Security measures on the roads leading to the airport have also been increased. Hong Kong International Airport, the eighth busiest airport in the world, has been the scene of activists’ invasion attempts many times before.

The dose of violence between police and demonstrators has escalated in the country recently. On Saturday evening, thousands of people participated in the demonstration and some activists threw Molotov cocktails at a train station and police intervened the attackers with tear gas. Several demonstrators were detained.

“The bill will be withdrawn”

The protests in the Hong Kong Special Administrative Region, which has been linked to China since June, started because of the draft law on extradition of criminals to the Beijing administration. The bill does not cover political crimes, but in Hong Kong, with a population of around 7 and a half million people, most people worry that people will be subjected to arbitrary detention, unfair trial and torture under China’s judicial system. It is argued that the law will allow China to target political opponents in Hong Kong. Upon the reactions, the Hong Kong administration stopped the bill first and announced that it would withdraw it completely.

Protesters demand the withdrawal of the bill, as well as the establishment of an independent commission for investigating police violence against protesters, amnesty to arrested protesters, ending the so-called “uprising” of protests and resuming political reforms.