Home Entertainment Demon Slayer: Kimetsu no Yaiba | Tanjiro vs Rengoku In a Spectacular... 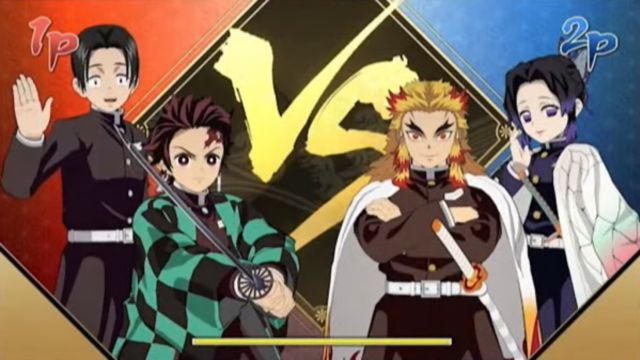 This online event has given space to the long-awaited Demon Slayer: Kimetsu no Yaiba video game, developed by CyberConnect2 (Dragon Ball Z: Kakarot; Naruto Shippuden Ultimate ninja) and Aniplex, from 5:10:12 to 5:15:55 of the video that we leave next. Without going into any kind of plot gutter, we will simply say that the fight pits Tanjiro Kamado (Hinokami Kagura) and Murata against the tag team of Kyojuro Rengoku and Shinobu Kocho. All footage corresponds to the PlayStation 5 version.

Guardians of the Night -Kimetsu no Yaiba- The Chronicles of Hinokami, October 15 in stores

Guardians of the Night -Kimetsu no Yaiba- The Chronicles of Hinokami will tell us about the first season of the animated series and the events that take place in the hit movie Infinity Train, which corresponds to volumes 7 and 8 of the manga (en canonical). The work places us in the Taisho period of Japan. Tanjiro, a young man who makes a living selling coal, at one point finds his entire family devoured by a demon; to make matters worse, his younger sister, Nezuko, transforms into a demon. Regaining his human form and ending the demon that wiped out his family are the vital goals of Tanjiro, who undergoes severe training.

The Night’s Watch: Kimetsu no Yaiba – The Hinokami Chronicles will be released in North America and Europe on October 15, 2021, for PlayStation 5, PlayStation 4, Xbox Series X | S, Xbox One, and Steam. SEGA will take care of its location in the West.