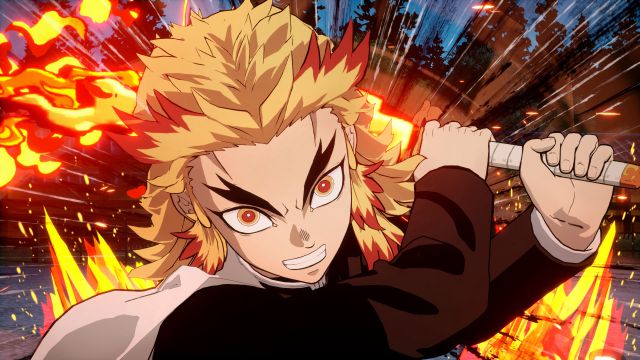 Kyojuro Rengoku is a 20-year-old Demon Slayer, the Hashira of the flames of the Demon Slayer Corps; a type of pure heart, determined with the protective spirit and with great gifts in the handling of the sword. At the moment it has only been confirmed for Versus Mode, since the video game will base his story mode on Season 1 of the animated series. Season 2 will soon be released in Japan; for now scheduled for 2021.

Regarding Versus Mode, we can play both online and offline in 2v2 combats using all kinds of combinations of characters already seen in the animated series. History, for its part, has promised that it will make us relive the stories already told in the anime; It has not been reported if there will be news regarding that first season in the form of subplots or secondary missions.

Demon Slayer: Kimetsu no Yaiba – Hinokami Keppuutan is due out in 2021 in Japan
Aniplex, publisher of the license, has confirmed the following characters in the game at the moment: Shinobu Kocho, Sabito, Makomo, Sakonji Urokodaki, Giyu Tomioka, Zenitsu Agatsuma, Inosuke Hashibira, Tanjiro Kamado, and now Nezuko Kamado.