Home Entertainment Demon Slayer: Kimetsu No Yaiba Gameplay Gets Updated With All These New... 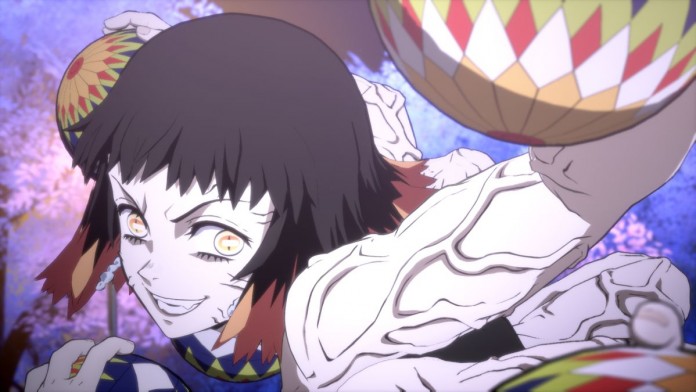 Demon Slayer: The game based on Kimetsu No Yaiba is updated to incorporate new characters, rewards and missions. Now available on PS5, PS4, Xbox, and PC. Guardians of the Night -Kimetsu No Yaiba-: The Chronicles of Hinokami adds new features through its second content update, now available on PS5, PS4, Xbox Series X | S, Xbox One and PC (Steam). Players can look forward to the arrival of two new characters, plus a performance mode that reaches 60 fps in the new generation and computer versions.

Who are the two new characters in Kimetsu No Yaiba?

We start with Yahaba, a demon who teams up with Susamaru to ambush Tanjiro under the orders of Kibutsuji. He “has eyes on both hands and can generate arrows that manipulate directional forces with his Blood Demon Art. These arrows can be used to pierce enemies and knock them down, or they can be used on rocks to throw them at opponents ”, reveals the distributor in a press release. These arrows are of two types. Some will do damage, while the other will allow enemies to lower their guard from a distance. At that moment your onslaught will begin.

In second place we find Susamaru, another of the demons that attack Tanjiro. His youthful appearance is a mask that hides his true offensive potential. Temari balls will allow you to keep your distance from the enemy, especially against the characters of the Demon Slayer Corps organization.

“Susamaru fights by throwing his Temaris towards the enemy as he actively moves through the field. This is a great way to lure an opponent down to let their guard down and put together effective combos that can deal massive amounts of damage, ”they explain. In addition to the two new faces, we will find new online missions, rewards, appointments, profile photos and much more. If you still don’t know what it is about, click on this link to read our in-depth analysis.

Why Fans of Fallout: New Vegas Should Keep an Eye on...