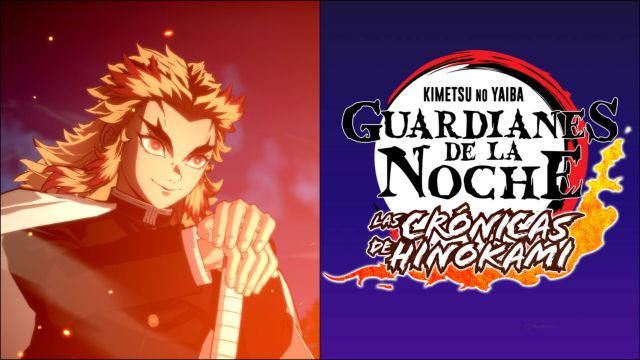 Demon Slayer: The official video game of Kimetsu no Yaiba confirms its official name in Spain, in addition to the detailed contents of the editions that will accompany it. SEGA has confirmed the final title of the official Kimetsu no Yaiba video game in Spain. The new work of CyberConnect2 will be called in our country Guardians of the Night -Kimetsu no Yaiba- The Chronicles of Hinokami. Its release date remains the same day we already knew: October 15 on PS5, PS4, Xbox Series X | S, Xbox One and PC (Steam).

“It is the Taisho period of Japan. Tanjiro, a good-hearted young man who makes a living selling coal, finds his family slaughtered by a demon. To make matters worse, his younger sister Nezuko, the only survivor, has been transformed into a demon. Although devastated by this grim reality, Tanjiro becomes a ‘demon hunter’ in order to turn his sister back into human and kill the demon that massacred his family, ”the editor shared in a press release.

Along with the name and description, from SEGA they have shared new audiovisual material of the adventure mode. You can see it under this paragraph.

Guardians of the Night -Kimetsu no Yaiba- The Chronicles of Hinokami will have several editions according to the format of your preference. The Digital Deluxe Edition stands out, which will allow users who reserve it to be able to start playing two days before, that is, from October 13. It is for sale at a price of 69.99 euros in the digital store of PlayStation, Microsoft and Steam.

On the other hand, the physical and digital standard editions will receive some launch bonuses. We leave you with the details below:

3 Patient Outfits from the Mansion of the Butterflies