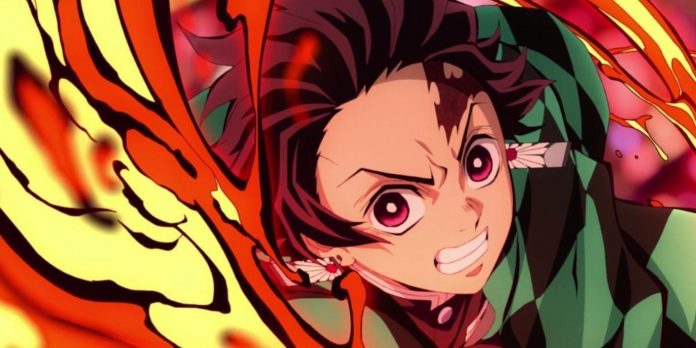 In the world of Demon Slayer there are, so far, fourteen breathing styles. All of these styles are used by various members of the Demon Slayers Corp in their long-standing feud with demons. However, the history of these forms is long, and tangled up. One very clear thing is that they all derived from Sun Breathing, which means the Demon Slayers did not always have them at their disposal. Although their use of the styles has empirically leveled the playing field and allowed Demon Slayers to hold their own against their mortal enemies. Viewers may find it confusing trying to understand why there are so many styles, and why some people can only do one or two instead of all of them.

Demon Slayer follows young Tanjiro and his sister Nezuko as he climbs his way up through the ranks of the Demon Slayer Corps. He does so in an effort to return her to human state after she is turned into a demon.

He invented Sun Breathing sometime during his life, although exactly when is unclear. This type of breathing not only spawned all other forms of breathing, but also has thirteen of its own forms. Upon Yoriichi’s death, it was lost until Tanjiro revived it through his familial dance.

Water, Flame, Thunder, Stone, and Wind Breathing are not only the five most common forms of Breathing, but they are also the first five to follow after Sun Breathing was created. Each was invented by one of Yoriichi’s students who were unable to master Sun Breathing and instead made something similar that catered to their own strengths and weaknesses. Nearly every form is named after the element that is being visualized as the user utilizes the technique.

Water breathing is the most common, due to it being the easiest to learn. It has ten total forms, though some can be combined to create variants. Flame breathing is a powerful but highly offensive form with nine techniques but only six currently known by viewers.

Thunder Breathing uses speed as its primary skill and unlike the others is named for the sound the users create as they use lightning. It has six, maybe seven, forms, although only one user is known to be able to utilize more than the first. Stone Breathing is slightly more defensive than the others and focuses on stability and strength. It has five known techniques but only two known users, neither of whom use a traditional blade. Wind Breathing is also offensive and focuses on slashes, and it has nine known forms.

While Yoriichi invented Sun Breathing, and his students derived five styles from it, his twin brother also modified it into another technique: Moon Breathing. This style was originally developed when Kokushibo mastered Total Concentration Breathing, although much later he was able to modify it and strengthen it greatly as a Blood Demon Art. Due to the longstanding development of this style, it has 16 different forms, but it is unlikely that any Demon Slayer would be able to perform them.

There have been three styles derived from Water Breathing; Flower, Serpent, and Insect although all are relatively rare and complex. Serpent Breathing is only utilized by Obanai, a member of the Hashira, and was presumably invented by him although little time was spent explaining this. Flower Breathing is another of the Hashira’s skills, currently only used by Kanae and Kanao, although it is possible that with the many girls who study under Shinobu that there will soon be more.

Insect Breathing is what Shinobu herself practices, since she invented it which makes it one of the more recent Breathing styles and the first (hopefully) of a fourth generation of breathing styles. This style focuses on poison and has four forms. Due to the somewhat personal nature of this form it is unknown if any of her pupils will take it up or focus on the slightly more general Flower Breathing.

Love Breathing is currently the only form of Breathing that has developed from Flame Breathing and is only practiced by Mitsuri. She invented this form after practicing under Kyojuro in Flame breathing but found that her strength and agility were more suited to rapid whip-like attacks rather than to the more brash style of Flame Breathing itself.

Once again viewers do not know exactly when this technique was developed, but it can be assumed fairly recently, perhaps around the same time as Insect Breathing.

Sound Breathing is another Hashira form, which relies primarily on the user’s sense of hearing, and bombs. It has five techniques but only three are known by viewers.

What is not known, seeing as Thunder Breathing is so difficult to master, is whether Tengen created Sound breathing out of an inability to fully master Thunder. In this way, it might have been developed much the same as the original five breathing techniques.

Two styles of breathing came from Wind Breathing; Mist and Beast. Mist is utilized by one of the Hashira who is implied to not be its inventor although it is not stated who did. It has seven forms although only Muichiro is known to have achieved the final.

Beast Breathing is the self-taught creation of Inosuke, only distantly related to wind breathing. This makes it the most recent addition to Breathing styles, and its background suggests that it may be difficult or impossible for any other than Inosuke to master it. It has ten techniques though he doesn’t call the majority of them forms.

First, there was Sun Breathing, which was quickly lost to the world, then the disciples created Flame, Water, Stone, Wind, Thunder, and Moon Breathing. Sometime between those 500 years ago and now Flower and Mist Breathing were developed.

The role of Queen Elizabeth II has been officially rewritten by...

Looking Back at Ultra Beasts Pokemon, The Strangest Trick in the...