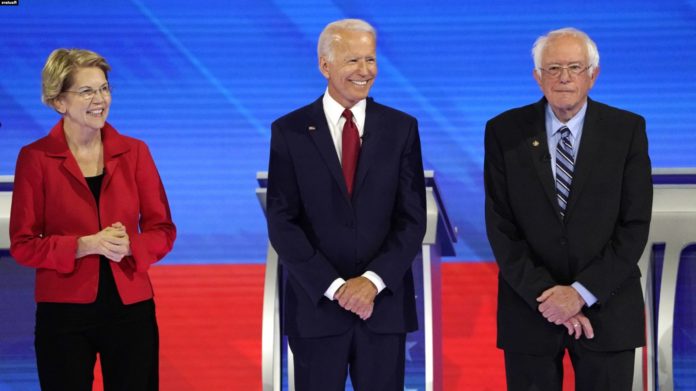 WASHINGTON -Some prominent figures in the Democratic Party’s 2020 presidential candidates have harshly criticized President Trump’s stance on trade negotiations with China, accusing him of sending contradictory signals about Washington’s interests. 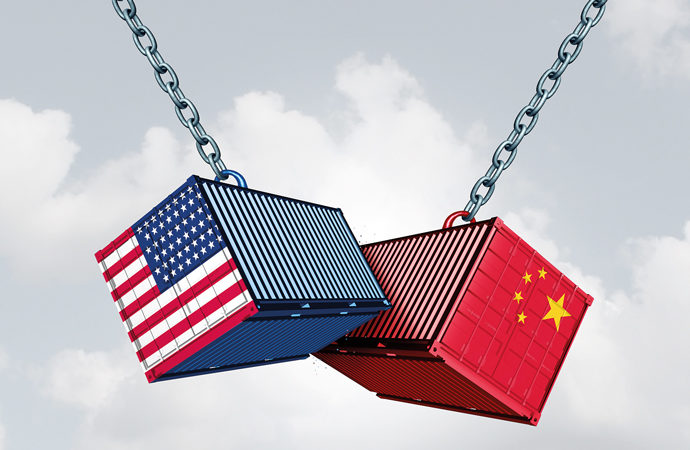 However, these accusations do not mean that a Democratic Party president would be more gentle with the negotiations with Beijing.

Leading the Democratic Party presidential nomination race, Joe Biden evaluates the race with China within the framework of who will set the rules of the global economy. Trump, while defending the trade war against Chinese President Xi Jinping, highlights this point.

In a recent Democratic Party debate program in Houston, Texas, Biden underlined that America accounts for 25 percent of the world economy. Iden If we don’t make the rules, China will take over. For this reason, we must organize the whole world and put an end to the degenerative practices in order to confront China. ”

Even the harshest critics of President Trump, such as billionaire investor George Soros, say that Trump’s approach to China represents a rare compromise in Washington.

”The Trump Administration’s greatest, and perhaps the only foreign policy achievement, is consistent and truly supra-party policy developed against China, Sor Soros wrote in an article for the Wall Street Journal. 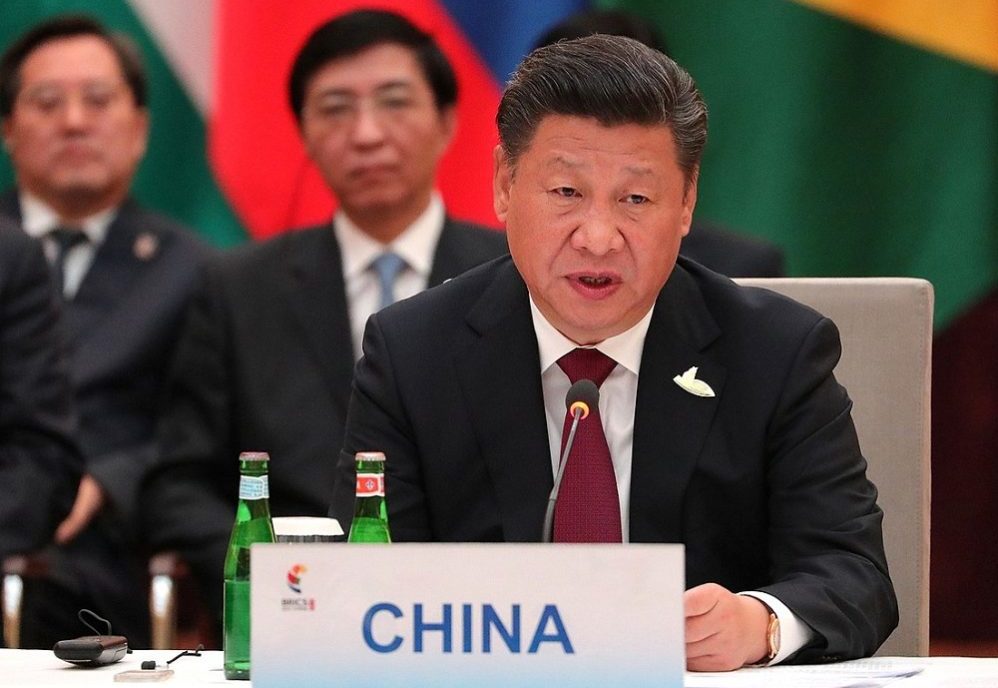 Trump has long argued that China’s trade policies are at the disadvantage of American firms. Not only did Trump win the presidential election, it also attracted the attention of his opponents.

Derek Scissors, the American Enterprise Institute think-tank expert, said that the supranational consensus on China was the result of the 2016 elections, and that Trump’s surprise election victory was tied to his position on trade with China.

But the Scissors say the Democrats are divided into two camps. The first is those who agree to trade with Trump but do not want to articulate it, and the second is the one that promises to cooperate with the allies, but does not elaborate, that is, as Scissors put it, mayan who do nothing. ”

Scissors says that these people strongly opposed Trump in many respects and did not want to be side by side with Trump. The expert places former vice president Joe Biden, California Senator Kamala Harris, New Jersey Senator Cory Booker, Minnesota Senator Amy Klobuchar, and former Housing and Urban Development Minister Julian Castro in the second group.

Kamala Harris, in her campaign’s website, defends China’s opposition to unfair business practices while collaborating with US allies, but notes that it should not do it unilaterally.

Son In the White House, there is a person who is impulsive and inconsistent about trade policy. It conducts its trade policy by sending a message on Twitter. ”

Bernie Sanders said that to influence trade relations with China, Trump had been relying exclusively on tariffs for too long.

”Customs tariffs are just one of the trumps you have, Sand Sanders told CNN television on August 25. What the President does is unreasonable. It is destabilizing the whole world economy..

Ers Trump obviously has no idea, Sand Sanders said in a recent debate. He thinks that trade policy is the Twitter message you sent at 3 am in the morning.

Elizabeth Warren told the media that tariffs are a leverage that the US could use, but warned against the policy of conducting tariff negotiations on Twitter.

At a rally in West Virginia’s Kermit town in May, Warren said China has a bad record of trade, and the best way for America to fight it is not through chaos, but through strength and a coherent plan.

While all Democratic candidate candidates criticize Trump’s way of conducting trade negotiations, none of the race leaders are proposing to withdraw tariffs. These names include Pete Buttigieg.

Buttigieg, said recently, will develop a strategy that can use tariffs as a trump, he said.

Entrepreneur Andrew Yang said he would not consider lifting tariffs on the first day of his presidency, but would develop a plan to address critical issues such as intellectual property theft. 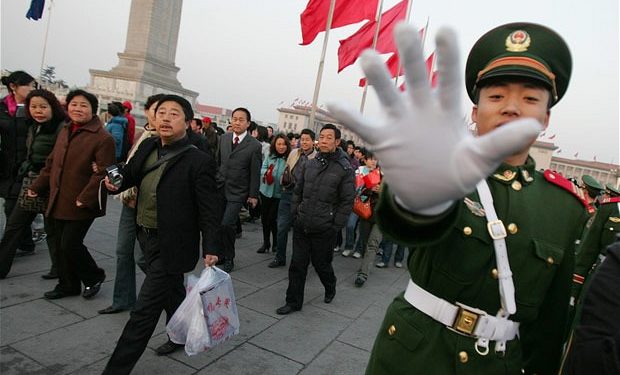 The issue of human rights in negotiations with China

The biggest change that a democratic president will bring to relations with China is to discuss the issue of human rights violations in the negotiations. Foreign Minister Mike Pompeo criticized China’s treatment of the Muslim minority Uighurs, but the Trump Administration refrained from raising this issue. The treatment of Muslim Uighurs and protesters in Hong Kong did not come to the agenda during the negotiations with Beijing.

The Democratic Party presidential candidates are leading the race, agreeing that America should defend universal human rights and that China’s human rights violations should be challenged.

Ca When it comes to human rights, we should turn to a leader, Castro Castro said, adding that there are now millions of Uighurs in China who have been mistreated or imprisoned.

Joe Biden also expressed his views on this issue.

Biden told the Foreign Relations Council: milyon The forced detention of more than one million Muslim Uighurs in western China cannot fit into conscience. The United States must speak out about the concentration camps in Xinjiang. It should hold the people and companies who are partners in this surprising pressure responsible. ”

Describing the Chinese Communist Party’s attitude towards the Uighurs as ”oppressive, P Pete Buttigieg told the Foreign Relations Council that Washington should strengthen alliances in order to exert collective pressure on China because of human rights abuses.

On the other hand, Harris, Sanders and Warren supported the supra-party bill, the 2019 Uighur Human Rights Policy Act. The bill envisions that the departments of the US government prepare reports on the treatment of China against Muslim minorities.

The bill condemns the severe human rights abuses that the Uighurs have been subjected to and calls for an end to indiscriminate detention, torture and harassment inside and outside China.

The bill passed through the Senate has not yet been addressed in the House of Representatives.

Elizabeth Warren supported the issue in April by signing a letter to Foreign Minister Pompeo, who called for sanctions against Chinese officials who had been involved in human rights violations against the Uighurs.

Robert Manning of the Atlantic Council, the think-tank, notes that the US government has agreed that the assumptions that have shaped America’s policies since the normalization of diplomatic relations with China are wrong.

Robert Manning says that during the Jinping era, China’s former leader Deng Shiaoping deviated from the policies of reform and expansion. He stressed that China has become a “state-of-the-trade party state”. Manning also says that China’s determination in the South China Sea and the pressure on the Uighurs have pushed America to become tougher against China.

The public thinks differently from politicians

For now, politicians from both the Democratic and Republican Party are much more concerned about China than the American public.

A recent survey by the Chicago Global Relations Council reveals that politicians and ordinary citizens in Washington think very differently about China.

According to polls, the American public saw China as a more serious threat in 1998 and 2002 than today.

The survey also shows the growing polarization between Republican and Democratic participants. While 54 per cent of Republican respondents see China’s rise as a threat, only 36 per cent of Democrats think in the same direction.

Robert Manning says it will take a long time for the American public to accept the rise of China.

Netflix, Ghost in The Shell: SAC 2045 is coming Geri