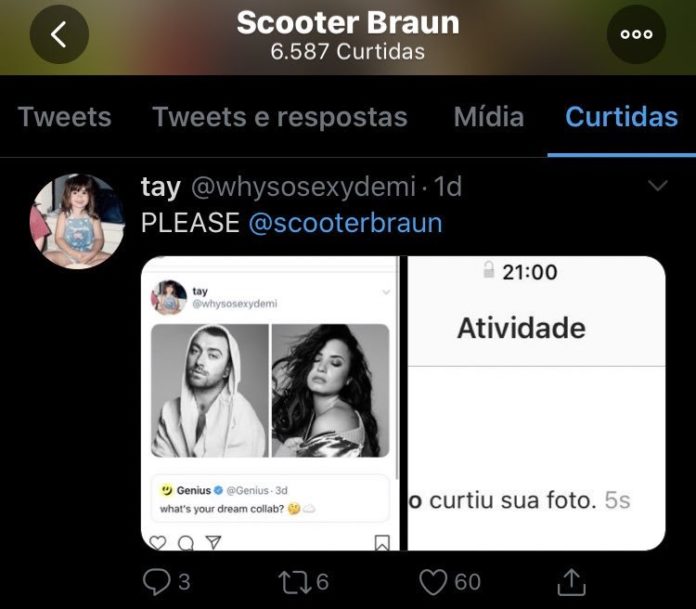 Demi Lovato has signed a deal with businessman Scooter Braun, the same as Ariana Grande and Justin Bieber, and architects the best way to make her return to music. The singer has been working in the studio for months, creating and recording new songs, and is also looking at potential partnerships. Sam Smith is a name that both she and her new manager are eyeing. Imagine this partnership!

The admiration is mutual between the two. Demi Lovato has already covered “Too Good at Goodbyes” on a radio show and the two have exchanged accolades on social networks, calling each other “icon.”

Kylie Jenner very close to Drake: these photos that make the...