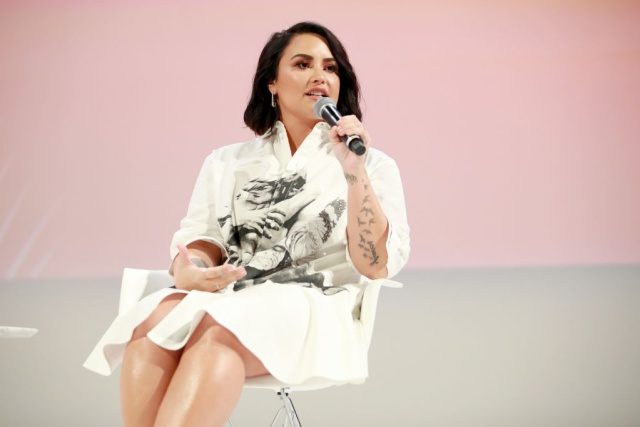 Singer and actress Demi Lovato has left her followers and other netizens of the Instagram social network stunned by sharing on Thursday a couple of photographs that portray her smiling, elegantly dressed and, most important of all, caressing a bulging belly of pregnant women that hides behind his flattering outfit.

Although the phrase that gives title to the images already suggests that the package is nothing more than an accessory, linked to the role of guest star that will play in one of the next episodes of the comedy ‘Will & Grace’, a good part of the The artist’s admirers have taken a few seconds to get out of their amazement and realize what their idol really wanted to tell them.

“Real of false? I introduce you to #Jenny! #WillandGrace,” wrote the former star of the Disney factory on her platform account alongside the aforementioned snapshots, which already accumulate more than three and a half million of ‘likes’ and have generated a barrage of friendly comments, such as the one directed by the famous Kalen Allen, collaborator of the Ellen DeGeneres evening program.

“I have been paralyzed for a long time,” the presenter also confessed in the comments section, while the influencer Nikita Dragun has not hesitated to joke about the effects of indigestion as fictitious as the gestation process of Demi Lovato, who curiously revealed a few weeks ago that he had rebuilt his love life with Austin Wilson. “That’s me after eating Chipotle,” he said jokingly.

See Also
New feature for Instagram! Shopping is getting easier

SuperM says it would like to be the first K-Pop group...

Billie Eilish doesn’t want to be like other quarantined celebrities

Suga has the best alarm to wake you up in the...