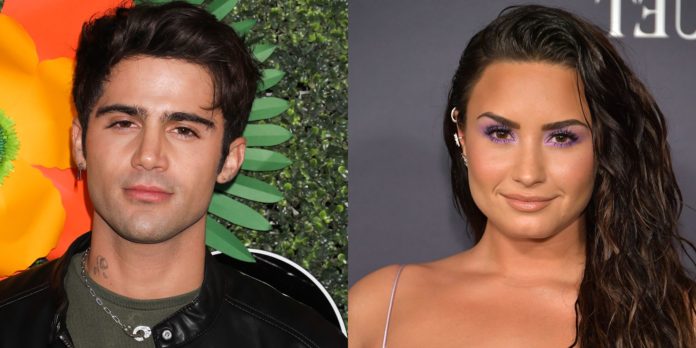 Demi Lovato and Max Ehrich would be starting a relationship. Would the American singer be quarantining her new partner? Apparently Demi Lovato has opened her heart to a new love .

The singer, originally from New Mexico, has found again a person with whom she is in love , according to a report by USWeekly , the singer of ‘Stronger’ is dating a few months ago with the actor from the series ‘Young and the Restless’.

Max Ehrich , is a singer, actor and dancer, who lately is very inspired by social networks , he would be dating Demi Lovato , these two have been flirting on Instagram , where Erich in his most recent post placed in the description:

When you realize that you should have packed more for your quarantine stay.

Have a blessed Monday full of health, happiness, security, joy, love and laughter <3

To which Demi replied: ‘Good for me’

But these would not only be the tracks that betray his new romance, as Max posted a cover of the song ‘Yellow’ by the band Coldplay, to which fans replied that this was a tune dedicated especially for the singer of ‘Warrior’ .

This is the singer’s first public flirting , after dating Austin Wilson, Demi Lovato and he had been dating for a while, until in December of a year ago they announced that they were separating, the singer asked her fans to They did not attack the model, because she was a good person, apparently they culminated their love in a respectful way and the best terms.