Home Celebrity FROM DEMI LOVATO TO JUSTIN BIEBER: THERE ARE THESE VERSIONS OF ‘ALL... 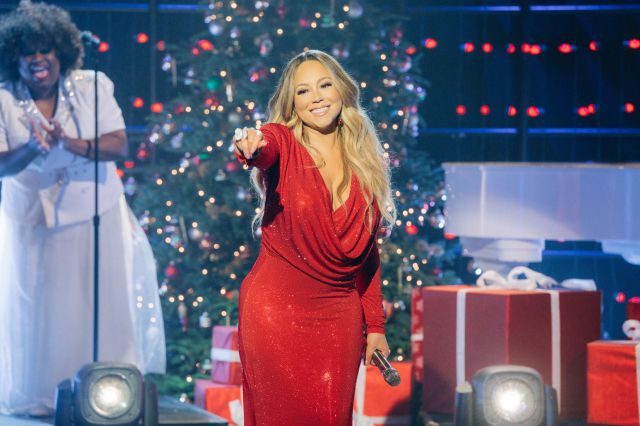 At 25 years of life All I want for Christmas Is You continues to be the queen song of Christmas. What’s more, he continues to get new challenges like his number 1 in Billboard Hot 100. A hit that has managed to be on everyone’s lips, although this is the same any other December, this time thanks to special celebrations for his anniversary such as the video in which Mariah Carey explains how he managed the greatest triumph of his career. So much so, that she has just released a renewed version of the classic video clip and is already being a phenomenon on YouTube.

Most popular versions of All I want for Christmas Is You

There have been few artists who have wanted to put themselves in the shoes of the great pop diva and have reinterpreted their carol. One of the best criticisms was Demi Lovato who interpreted it in 2013 before such important faces as Barack Obama’s.
The girlband Fifth Harmony, of which we will keep her songs in our memory after the departure of Camila Cabello and later of Normani, also put on her best clothes to sing Carey’s song around the Christmas tree.

But they have not been the only components of a female group that have raised their voices with All I want for Christmas Is You. In this case we go to our country because Sweet California congratulated us the holidays five years ago with the most famous carol in the world.

Although probably one of the most elegant voices that this song has ever sung was that of Michael Bublé. Judge yourself.

Didn’t you remember the duet that Mariah Carey did with Justin Bieber to give another air to her Christmas classic in 2011? Despite being accompanied by a video clip and its more than 180 million views, it is one of the worst rated.

In case you thought a Spanish version would be missing, we bring you the special edition of All I want for Christmas Is You by Nancys Rubias! Under the title The best gift is you and with a video clip the less original, this is the Made in Spain version of the most popular theme of the holidays.

Kylie Jenner tests her Kylie Skin products in her bath!